Interest in Automatic Radar Plotting Aids (ARPA) is growing rapidly. This was proven recently at Seamen's Church Institute in New York City where lotron Corporation of Bedford, Mass., manufacturer of the DIGIPLOT, demonstrated its 40-target model.

This is the same deluxe model chosen by Shell for its multi-million- dollar order to outfit 80 ships.

Among other requirements, the U.S. Port and Tanker Safety Act requires that ARPAs be installed on all tankers over 10,000 gross tons entering U.S. waters, by July 1, 1982. lotron, which began producing the first DIGIPLOTs more than 10 years ago, has introduced a lower-priced, 20-target model that is said to be built to the same high quality equipment standards as the deluxe model.

DIGIPLOT is known for high reliability, availability, and low cost of service.

All ARPA manufacturers have increased their production capacity significantly, but the order books are filling rapidly now that the U.S. deadline is approaching.

If one message came through during the lotron demonstration, it was "order early." For further information, Write 49 on Reader Service Card 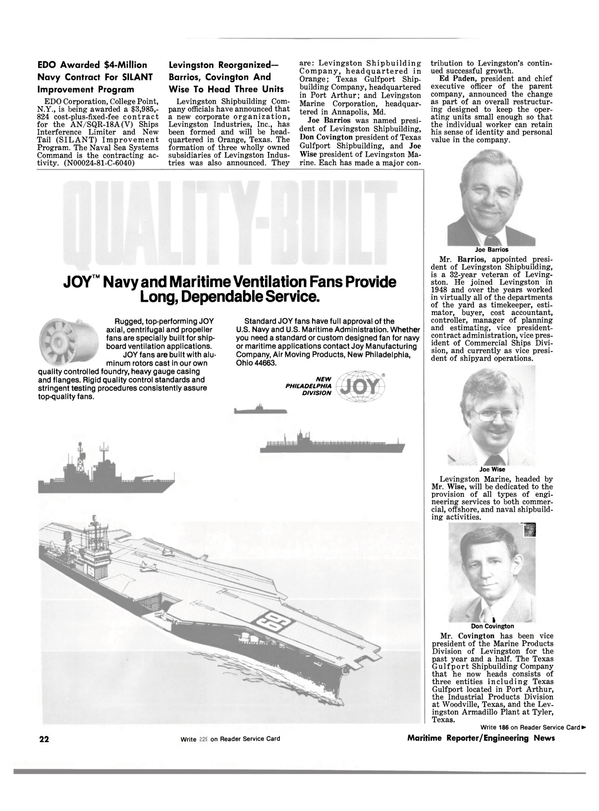