Steven A. Roberts has been named assistant vice president in charge of personnel for Barber S t e a m s h i p Lines, it was announced by Robert H. Pouch, president of the general shipping agent. Mr. Roberts will be responsible for all employment activities and services in the company's network of 20 offices nationwide.

Noting that the number of Barber Steamship Lines employees has grown 20 percent over the past two years, Mr. Pouch says "The need for highly skilled personnel management is more evident than ever. Mr. Roberts has an impressive background in this area that will be of great service in meeting this demand." Mr. Roberts joined Barber Steamship in 1980 as director of p e r s o n n e l , having spent three years as assistant director of personnel for Albert Einstein College of Medicine. He also obtained experience in the maritime industry f r om 1968 to 1977, when he worked for Grace/Prudential as personnel director. 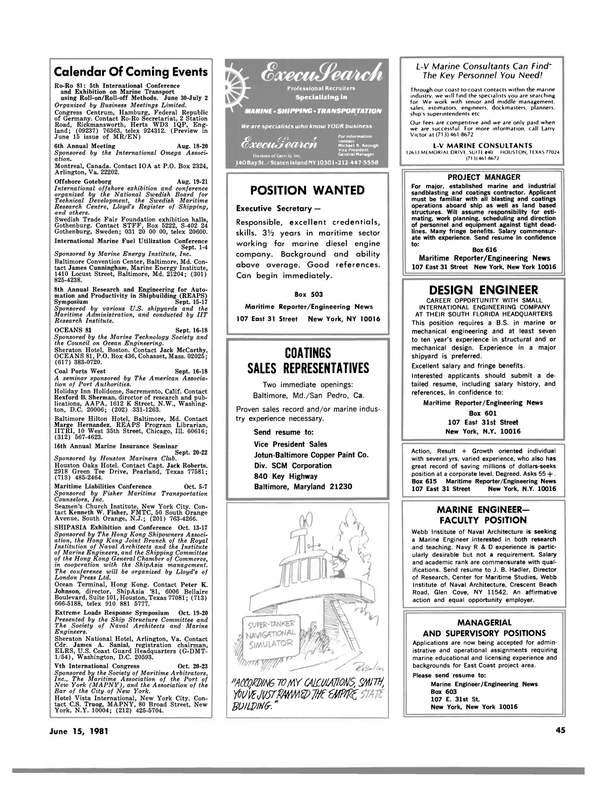