EDO Corporation, College Point, N.Y., designer and manufacturer of advanced electronic and electromechanical equipment, has announced that its government products division has received a contract from the U.S. Navy for $3.9-million to produce additional equipment under an existing order for a specialized antisubmarine warfare (ASW) system.

In commenting on the new order, Frank Fariello, president of the EDO division, stated, "This is not a follow-on order but rather an order for improvements to the existing system — the AN/ SQR-18A — which we have been supplying to the Navy for several years." EDO supplies a similar system to allied foreign navies.

Work on the new order will be performed at the company's Queens, N.Y., plant.

EDO Corporation, through its divisions and subsidiaries in Connecticut, New Jersey, New York, Kansas, Texas, and Utah, produces a broad array of sophisticated systems, devices and materials that play a significant role in ocean navigation, underwater detection/surveillance, and mineral exploration. 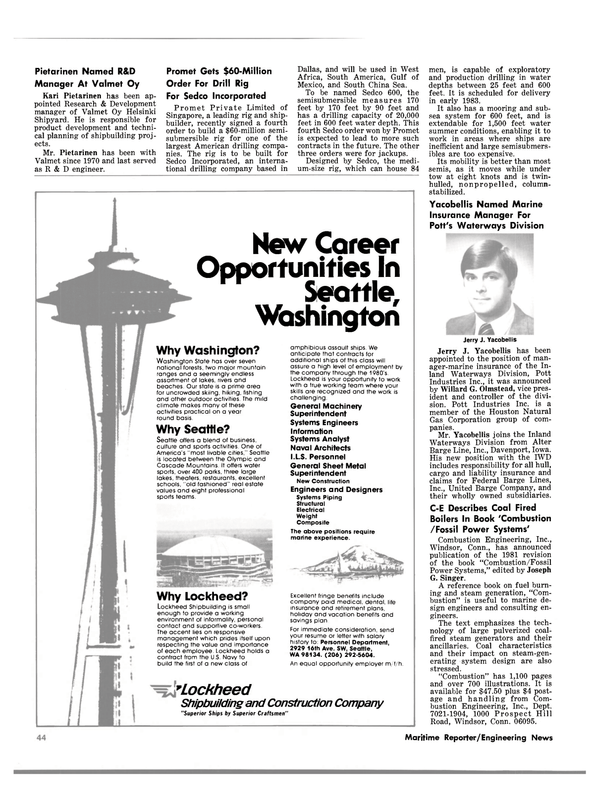