Aluminum Boats, Inc., of Crown Point, La., recently delivered an 85- foot crew/utility boat, Abeer Nine (shown above), to the Barberlines Arabian Navigation & Shipping Company, Ltd. of Saudi Arabia. She is now serving offshore rigs and platforms in the Arabian Gulf from the Port of Dammam.

The all-aluminum Abeer Nine has an overall length of 85 feet with a 20-foot beam and maximum draft of 4 feet.

She is powered by two Detroit Diesel 12V71TI engines developing 510 hp each at 2,100 rpm. Her maximum speed is 25 knots and cruising speed is 21 knots.

The Abeer Nine can accommodate up to 35 persons in aircrafttype seats and has a crew quarters for five and a galley for six. She is fully air conditioned with 5 tons of Carrier air conditioning.

Her flush 20-foot by 18-foot aft deck provides 360 square feet of clear cargo space for a deck load of up to 15-long tons.

The Abeer Nine is ABS certified and complies with L^S Coast Guard and IMCO Solas requirements.

Aluminum Boats. Inc., which occupies the site of the former Camcraft, Inc., was established in 1983.

The shipyard builds a wide range of industrial and commercial craft and recently delivered a 94-foot whale watch boat to Provincetown, Mass. 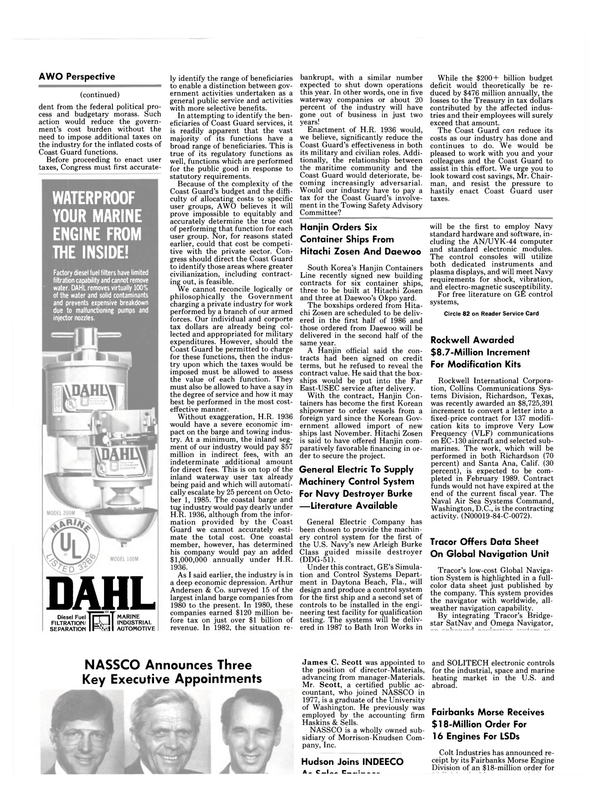