Cox is based in Houston headquarters, the others are located in the Harvey, La., office.

Prior to his appointment, Mr.

Rigdon joined Gulf Fleet in 1976 as administration manager-Egypt. He transferred to New Orleans in 1978 as controller, and was named supply vessel manager in 1979. He was appointed division manager-Mexico in 1981.

Mr. Dowie formerly served with Gulf Fleet for two years as managertraffic with responsibility for all the company's vessels. From 1976 to 1983 he was traffic manager for offshore tugs based in New Orleans.

Mr. Cox joined Gulf Fleet in 1977 as a sales representative based in Lafayette, La. In 1981 he was promoted to domestic sales manager with responsibility for marketing and sales of all Gulf Fleet vessels in domestic waters, including Alaska.

Prior to joining Gulf Fleet, he served as area manager for W-K-M Valves in Lafayette, La.

With a fleet of 317 vessels, Houston- based Zapata Gulf Marine Corporation is the largest operator of oilfield service and supply boats in the world. 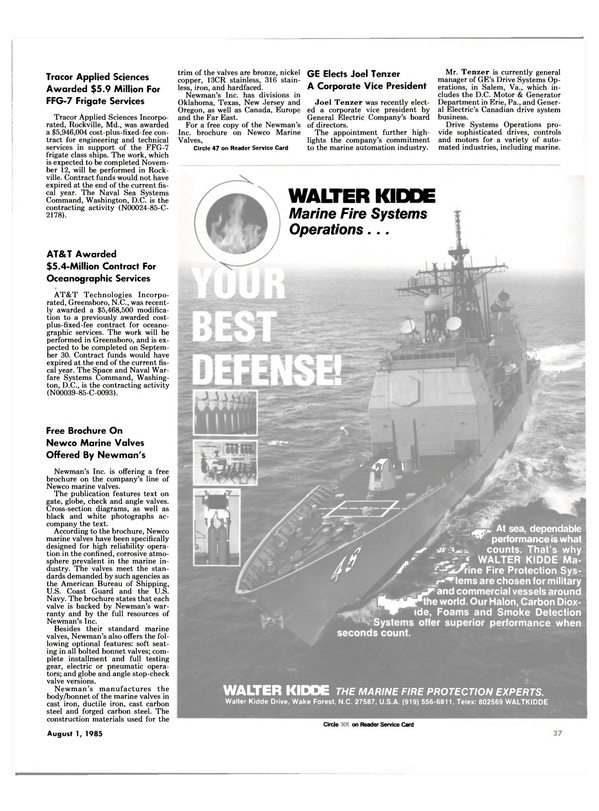