Under this contract, GE's Simulation and Control Systems Department in Daytona Beach, Fla., will design and produce a control system for the first ship and a second set of controls to be installed in the engineering test facility for qualification testing. The systems will be delivered in 1987 to Bath Iron Works in Bath, Maine, the shipyard that awarded the controls contract to GE, and which has been selected by the Navy for the design and production of the first DDG-51.

The Navy's plans now call for 29 ships of the Burke Class through 1992, with a potential for as many as 60 ships through the year 2000. Production is expected to reach five per year starting in 1988.

The GE control system design will be the first to employ Navy standard hardware and software, including the AN/UYK-44 computer and standard electronic modules.

The control consoles will utilize both dedicated instruments and plasma displays, and will meet Navy requirements for shock, vibration, and electro-magnetic susceptibility. 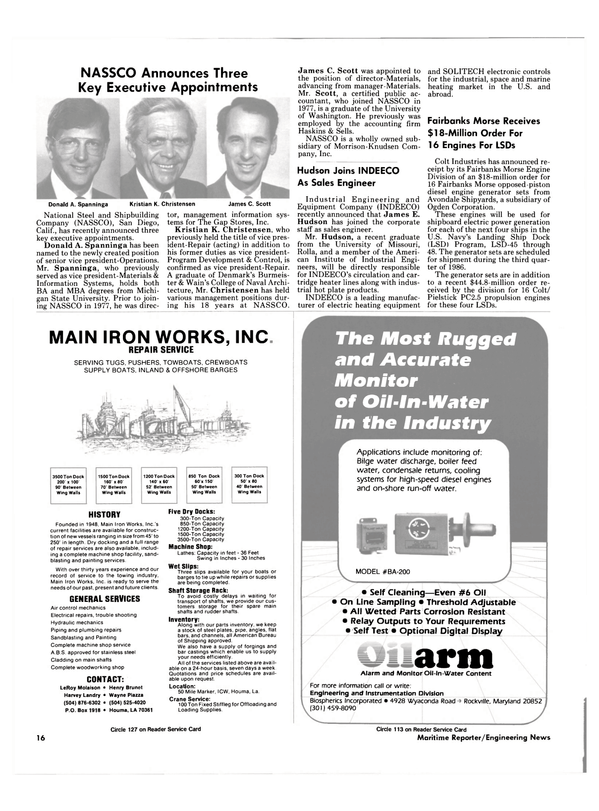