The official opening of Omnipure's new headquarters and plant was recently announced by Leonard Langeland, president of Omnipure. Omnipure is a division of Sigma-Chapman, Inc., and is now headquartered in Sugar Land, Texas.

The new structure is located at 12850 Bournewood Drive on a oneacre land parcel in the Sugar Land Business Park.

This move has been in response to such a large increase in our business worldwide. The steel frame building took only four months to build and has free standing, movable, tilt walls to accommodate our future expansion." Omnipure was founded in 1979, and is a leading manufacturer of marine sanitation devices and raw water chlorination equipment for the offshore industry. Its products are certified by the U.S. Coast Guard, the International Maritime Organization, DOT-UK, Sweden, Denmark and several other authorities. 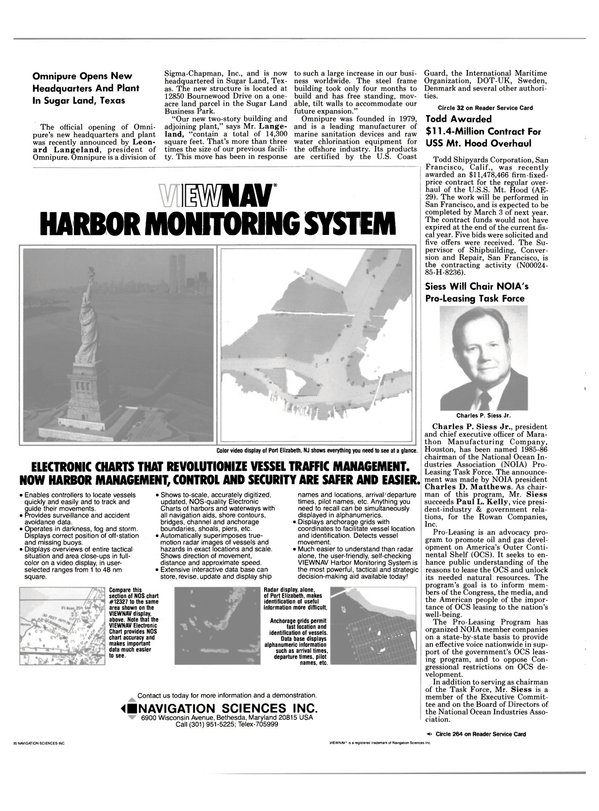