Hudson is a former vice president of Ceres Terminals, Inc., one of the largest stevedoring firms in the U.S.

His responsibilities, effective immediately, include the marketing of North American's services to vessel owners and operators in both the U.S. and overseas.

Hudson's more than 20 years of experience in the international maritime industry suits him well for his new position. A U.S. Merchant Marine Academy graduate, he has served in management and executive positions ranging from general manager to vice president of grain and general cargo stevedoring, agency and terminal operations to his internationally oriented post at Ceres. 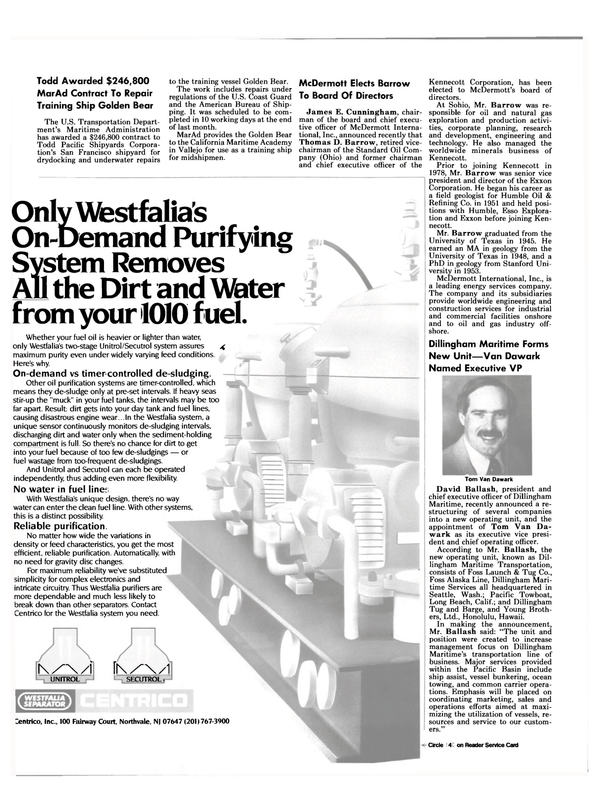