Production at the factory has already started and the first engines have been delivered. The joint venture company also has a large number of engines on order, among them six Wartsila Vasa 6R22 HF engines for the two wind cruisers ordered by Circle Line of US at the ACH Le Havre shipyard in France.

The other four production plants are located in Finland, Sweden and Singapore. The new company will also be supported by the worldwide sales and service network of Wartsila Diesel.

Normed was founded in 1982 after three shipyards, Chantiers de France Dunkerque (FDK), Chantiers Navals de La Ciotat (CNC) and Constructions Navales et Industrielles de la Mediterranee, (CNIM) merged. The group has three shipyards: one on the North Sea coast at Dunkirk and the others on the Mediterranean coast at La Ciotat and La Seyne.

Wartsila Diesel specializes in pur- pose-designed heavy-fuel diesel engines for propulsion and auxiliary installations on different types of vessels and also for power generation on offshore drilling rigs and in land-based installations. The Wartsila Diesel heavy-fuel engine-types are the Vasa 32 and 22HF covering an output range from 560 to 6,750 kw (760-1,980 hp) in a speed range of 720 to 1,200 rpm.

For further information on the Wartsila-Normed Joint Venture, Circle 15 on Reader Service Card 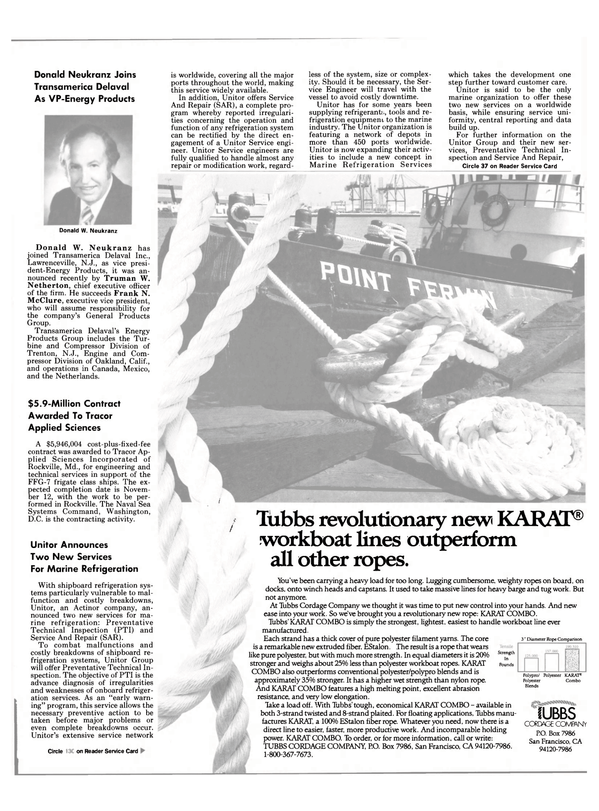