The board of directors of Great Lakes International, Inc. recently approved expenditures of approximately $30 million for construction of the world's largest combination dipper/clamshell dredge and attendant dump barges.

W.L. Colnon, president and chief executive officer of Great Lakes, also announced that North American Trailing Company (NATCO), a 75-percent-owned joint venture, has completed feasibility studies and engineering design, and will soon be taking bids on a 7,200-cubic- yard self-propelled hopper dredge. This vessel will prove very effective in construction and maintenance of the increased entrance channels resulting from deepening of the country's ports.

The commitments to the future are the culmination of a seven-year development program in anticipation of enactment of deep port construction by the U.S. Congress.

The new combination dipper/ clamshell dredge will replace the company's present dipper dredge capability that has an average age of 50 years.

Contracts have been signed with Harnischfeger Corporation, Milwaukee, Wis., and Bay Shipbuilding Corporation, Sturgeon Bay, Wis., for construction of the combination dipper/clamshell dredge and the dump barges.

The dredge will operate with either a 50-cubic-yard clamshell bucket or a 27-cubic-yard dipper bucket.

Both figures are about twice the size of those currently in existence. The dump barges will have a 6,000-cubic- yard capacity. 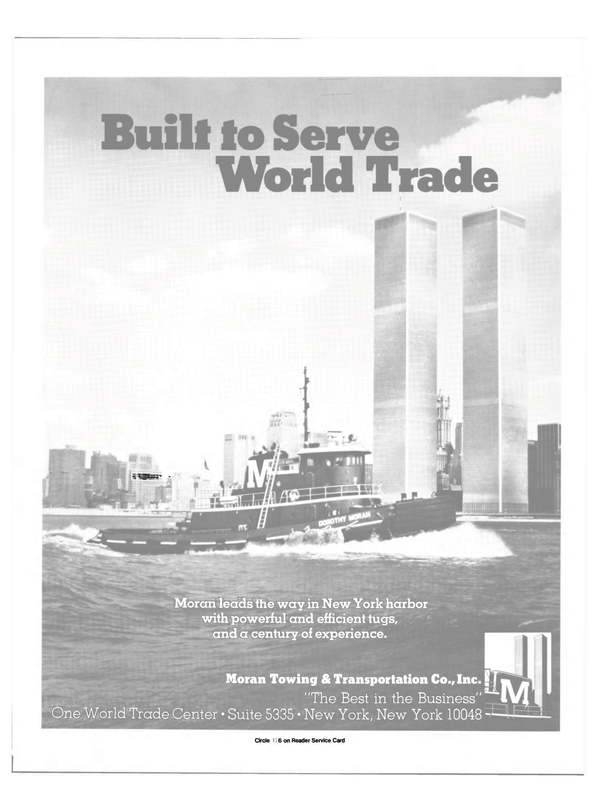 Read Great Lakes International To Spend Over $30 Million On Dredge —Bids To Be Taken On Another in Pdf, Flash or Html5 edition of August 1985 Maritime Reporter