As part of its $13.2-billion merger with Gulf Corporation, Chevron Corporation has announced the consolidation of the Gulf and Chevron marine transportation organizations.

Gulf's fleet of 11 tankers will be consolidated with Chevron's for a merged fleet of 43 operating vessels with a total carrying capacity of about 6 million deadweight tons.

Marine management of the combined fleet, and fleet support activities including engineering and purchasing, will be provided by Chevron Shipping Company in San Francisco.

For the present, Gulf Marine's financial accounting functions will continue to be handled from Houston.

Vessel chartering activities will be conducted from Chevron Shipping offices in San Francisco and London.

Douglas Wolcott, president of Chevron Shipping Company, said there would be no immediate changes in the trades of the vessels or operational procedures as a result of the consolidation. He noted, however, that Chevron will continue to evaluate the combined fleet operation to determine how its efficiency can be increased.

"While we've assumed control of the Gulf fleet," he said, "the ship management firms retained by Gulf will continue to manage the day-today operations of the assigned vessels.

Also, in high-activity ports, agents previously appointed by Gulf will continue to represent those vessels to assure continuity and avoid problems in coordination." With the addition of the Gulf vessels, Chevron's operating fleet, excluding vessels in layup, becomes the world's largest oil-companyowned fleet in terms of carrying capacity. 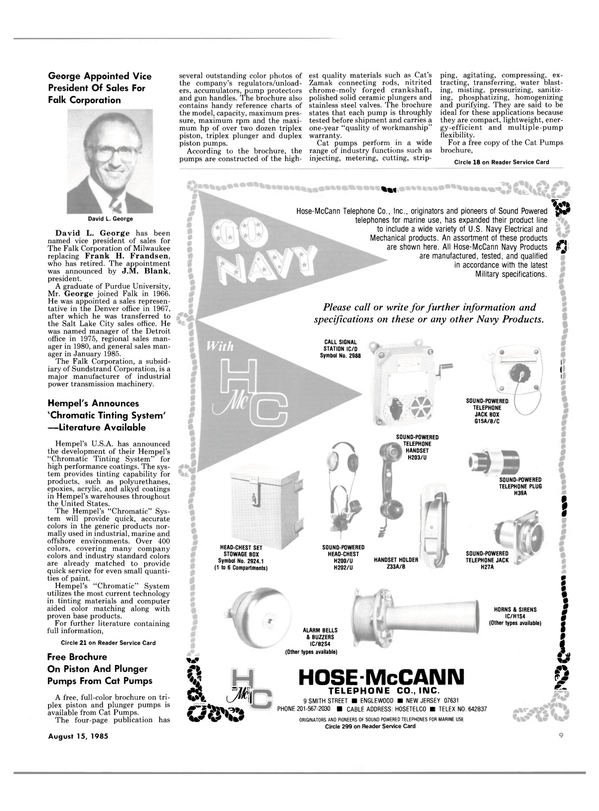