The Alcyone is an all-aluminum vessel built for the high seas. It is designed with two Turbosail ™ (Turbovoile) units that utilize wind as a propulsion source.

The Turbosail system is designed to cut fuel costs for commercial vessels by 15 to 30 percent, depending on the routes sailed and winds encountered. The ship includes a pair of diesel engines for primary power.

The 103-foot-long Alcyone is equipped with a pair of Carrier 50VQ048 water source heat pump systems. In addition to providing in-cabin comfort for the 12 crew members, the vertically installed Carrier air conditioning helps maintain a proper indoor temperature for a variety of electronic, radar and computer research equipment on-board the Alcyone. Captain Cousteau was pleased with the air conditioning on the ship's recent maiden voyage, adding that without the system the ship would have felt like a "World War II submarine." Energy conservation was a critical factor in construction of the windship. Due to electrical load requirements for navigation aids, lighting and other functions, maximum generator capacity for the air conditioning was 6 kw. Carrier Transicold specified the two highly efficient, 4- ton, corrosive resistant systems and specially adapted both units to marine configurations.

Employees at Carrier's Bramalea, Ontario, Canada manufacturing facility have signed a testimonial for Captain Cousteau citing their pride in building the Carrier units delivered to him. The testimonial will be presented to Captain Cousteau by Stephen Munn, president, Carrier Transicold, at The Cousteau Society headquarters in Norfolk, Va.

For additional information on the windship Alcyone, refer to article entitled "Cousteau's Experimental Windship 'Alcyone' Arrives In New York," on page 12 in the July 16 issue of MARITIME REPORTER. 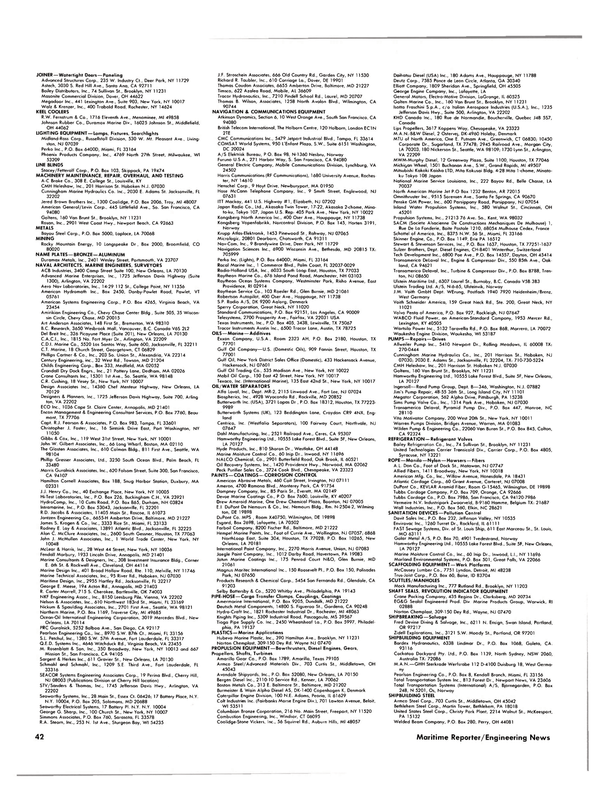