$40-Million Containership To Be Built By Samsung

Samsung Shipbuilding & Heavy Industries Co. Ltd. of South Korea has signed a contract with Compagnie Generale Maritime in France for the construction of a 41,000-dwt containership.

The vessel, which will cost around $40 million, will be the first built in Korea in accordance with Bureau Veritas rules and regulations. It will be able to load a total of 2,525 TEU containers (404 TEUs in the hold for insulated containers, and 2,121 TEUs in holds and on deck for others) at 20.5 knots of service speed powered by a Sulzer 7RTA84 type main engine with maximum continuous rating of 31,500 bhp at 90 rpm.

The vessel will be approximately 751 feet in overall length, with a breadth of 105 Vi feet and design draft of 34 V2 feet. It is scheduled to be delivered in the middle of 1988. 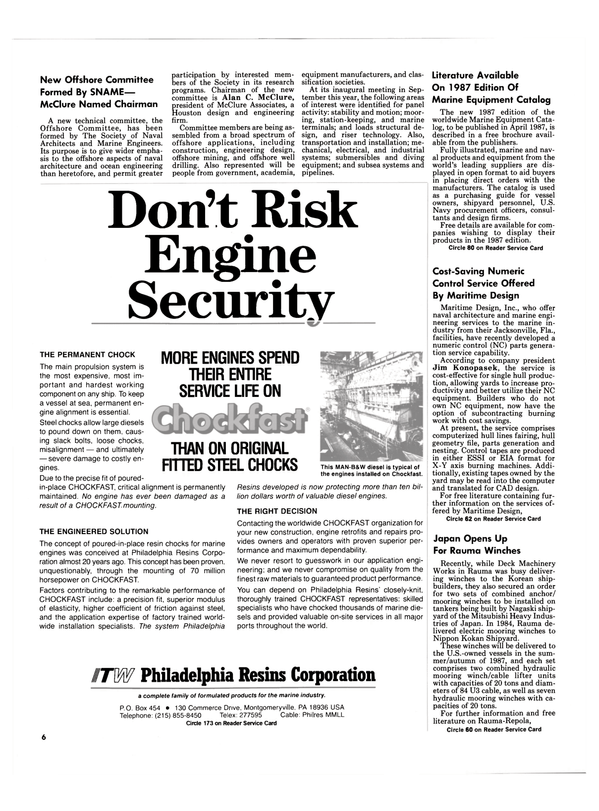 Read $40-Million Containership To Be Built By Samsung in Pdf, Flash or Html5 edition of December 1986 Maritime Reporter