ANADAC Inc. recently announced the appointment of Daniel A. Marangiello as the company's Deputy Director of Submarine Programs. He will be providing toplevel program management support to the Strategic Submarine Program Office, Naval Sea Systems Command.

Formerly an executive scientist with a Washington, D.C., engineering firm, Mr. Marangiello has served as a Senior Executive with the Naval Sea Systems Command in the positions of Deputy Director of the Submarine Directorate and Deputy Submarine Logistics Manager.

He is currently the executive director of the Marine Machinery Association, as well as chairman of the ASTM's F-25 (Shipbuilding) Committee. 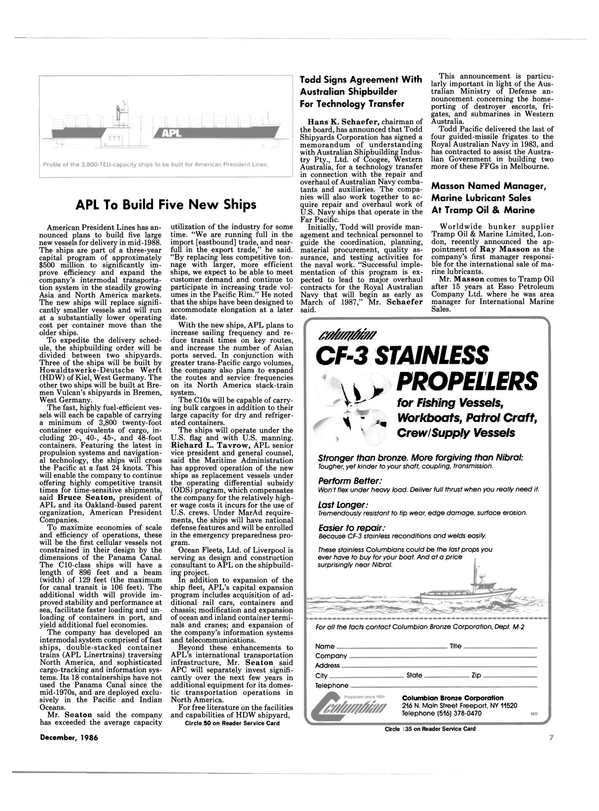