The first seawater hydraulic multi- function tool system ever developed for Navy divers has been approved for Navy use by the Naval Sea Systems Command (NAVSEA).

The acceptance marks the culmination of a major 10-year research and development effort by the Naval Civil Engineering Laboratory (NCEL), Port Hueneme, Calif.

A revolutionary 3- by 3- by 21/2- inch underwater hydraulic motor, that uses seawater instead of oil as the working fluid, was the first component of the system to be developed.

Mr. Farber said seawater hydraulics offer many advantages over oil, such as no environmental pollution, dramatic reduction of tool maintenance requirements, and elimination of fire hazards and slippery oil on decks.

There is no need for a return hose and less pump power is required.

NCEL's research divers have found that reduced back pressure gives them the ability to work at greater depths. They also learned that the more flexible single-hose system was easier to handle. 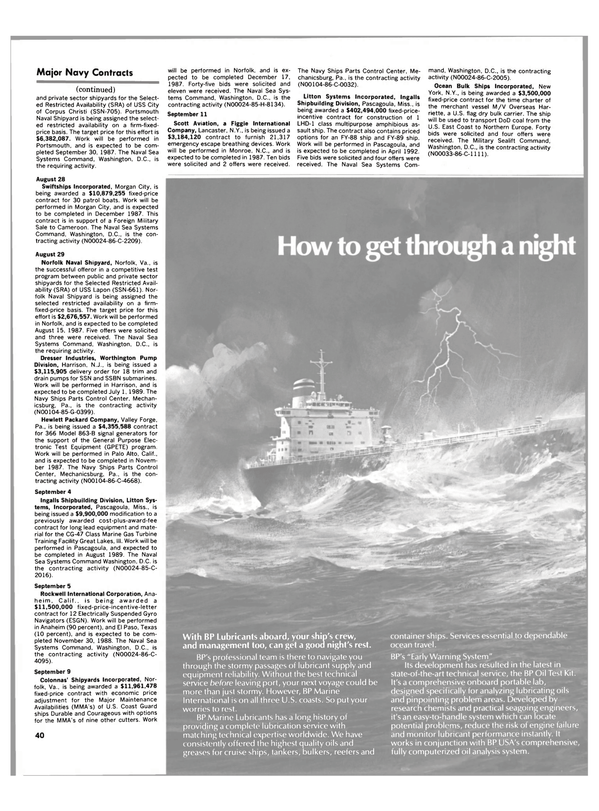