mbH of Dorpen, West Germany, was recently christened and launched at ceremonies held at Jansen Werft's Leer yard in West Germany. The sponsor of the vessel was Miss Tiina Valve, daughter of Veijo Valve, managing director of Nordland Papier GmbH of Dorpen.

The 416 V'2 -foot vessel has a breadth of 66 feet and a design draft of 26 lA feet. Her main propulsion will be provided by a Krupp MaK fourstroke marine diesel engine, type 8M551. The ship's speed will be approximately 16 knots, based upon a deadweight of 8,500 tons at a draft of 26 feet.

The design of the Nordland was developed in close cooperation between the owners and the contractual owners, Baum & Co. of Nordenham, West Germany.

She has a capacity of 476 TEUs, and connections for 30 refrigerated containers will be installed. The newbuilding has folding-type hatch covers, and two hydraulically operated 20- ton-capacity cranes and two 30-ton-capacity cranes will be installed The vessel was outlined according to the latest IMO rules for dangerous cargo. Her nautical and navigation equipment will be of the latest technology, with "ship of the future" design being considered for her wheelhouse arrangement, lifesaving equipment and accommodations.

Especially significant is that the vessel will receive the highest ice class, Finnish 1A Super, enabling her to operate in the Baltic Sea area.

For free literature on the shipbuilding services and facilities of Jansen Werft, Circle 232 on Reader Service Card 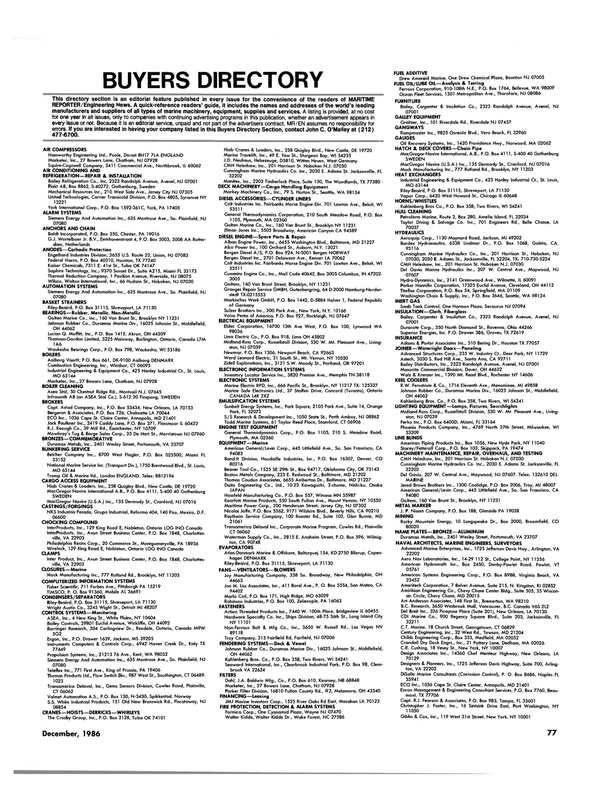