National Steel and Shipbuilding Company (NASSCO) recently held a naming ceremony and open house for the USNS Mercy (T-AH 19), first of two 90,000-dwt tankers NASSCO is converting into 1,000- bed Naval Hospital Ships. Both events were open to the public.

As guest of honor, Helen K. Copley named the ship in traditional champagne fashion. Mrs. Copley is chairman and chief executive officer of The Copley Press, Inc., and the publisher of The San Diego Union and The Tribune. Assisting her as matron of honor was Maureen O'Connor, Mayor of San Diego.

Delivery of the USNS Mercy is scheduled for this month.

For further information and free literature on NASSCO's facilities and capabilities, Circle 6 on Reader Service Card 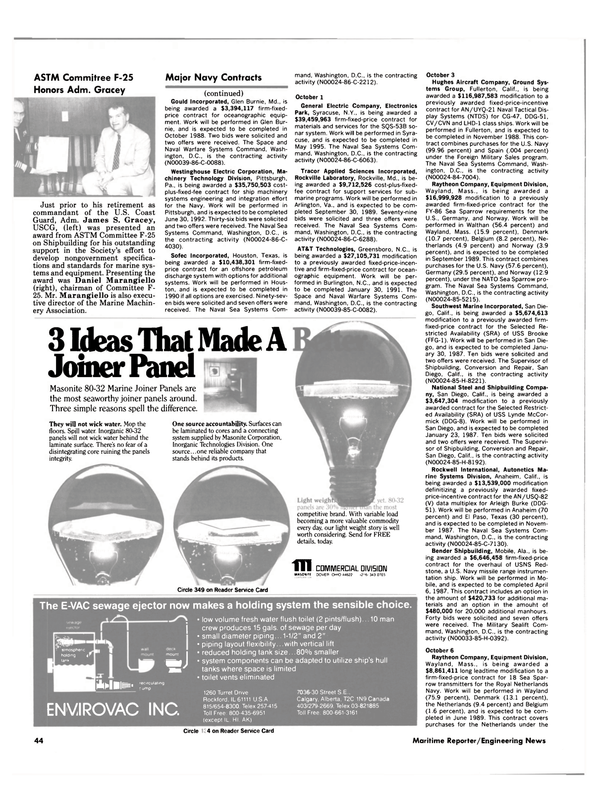