The tenth in a projected fleet of 26 Navy oceanographic surveillance ships (T-AGOS) was recently christened "Invincible" at Tacoma Boatbuilding Company in Tacoma, Wash.

The USNS Invincible (T-AGOS- 10) will be operated by the Military Sealift Command for the Space and Warfare Systems Command. The T-AGOS class ocean surveillance ships are named to convey positive traits of capability or accomplishment.

The 224-foot-long Invincible will be homeported at Little Creek, Va.

The primary mission of the USNS Invincible and her nine sister ships is to provide platforms and transportation for the Surveillance Towed Array Sensor (SURTASS), a passive undersea surveillance system.

The T-AGOS ships will collect, process and transmit acoustic data.

The 26-ship fleet will operate worldwide, with half being homeported in Little Creek, Va., and the remainder in Honolulu, Hawaii. Tacoma Boatbuilding has built all 10 T-AGOS completed to date.

After operating with a Civil Service mariner crew employed by the MSC for approximately one year, the Invincible will be manned by a civilian crew under contract by the MSC.

For free literature containing full details on the shipbuilding and repairing services and facilities offered by Tacoma Boatbuilding, Circle 7 on Reader Service Card 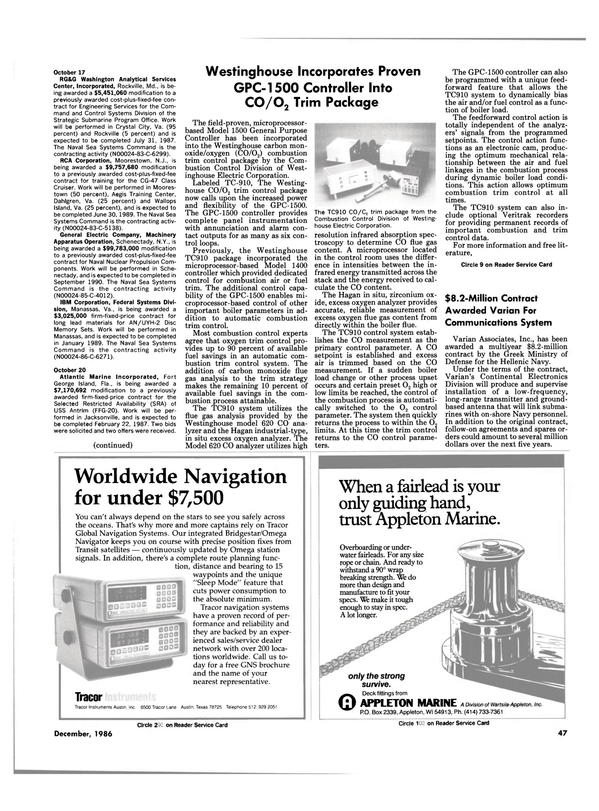