Moss Point Marine, Inc., has been awarded a $40.7-million U.S. Navy contract to build four logistic support vehicles (LSV). According to John Dane III, president of the Escatawpa, Miss., yard, the contract is the largest the company has received since its founding in 1980.

The all-steel landing vessels will each be 272-feet long with 60-foot beams and depths of 16 feet 5 inches. Each LSV will be powered by two 16-cylinder engines developing a total of 3,900 bhp.

The contract was awarded by the Navy's Military Sealift Command, and the Navy's Supervisor of Shipbuilding, Conversion and Repair, Pascagoula, Miss., will administer the contract. The LSVs, however, will be operated by the U.S. Army.

The landing craft feature hinged bow and stern ramps, and are designed to carry RO/RO cargo directly to beach and landing areas that do not have docking facilities.

The LSV design is based on the RO/RO vessel Frances Bay, built in Singapore in 1980, and designed by the Sydney office of Burness, Corlett, a British naval architecture firm.

Seaworthy Systems, Inc., Essex, Conn., was selected by Burness, Corlett to redesign the vessel to U.S.

Construction of the LSVs began in November, with delivery of the first ship expected to be in the fall of 1987, with one vessel every 60 days thereafter. 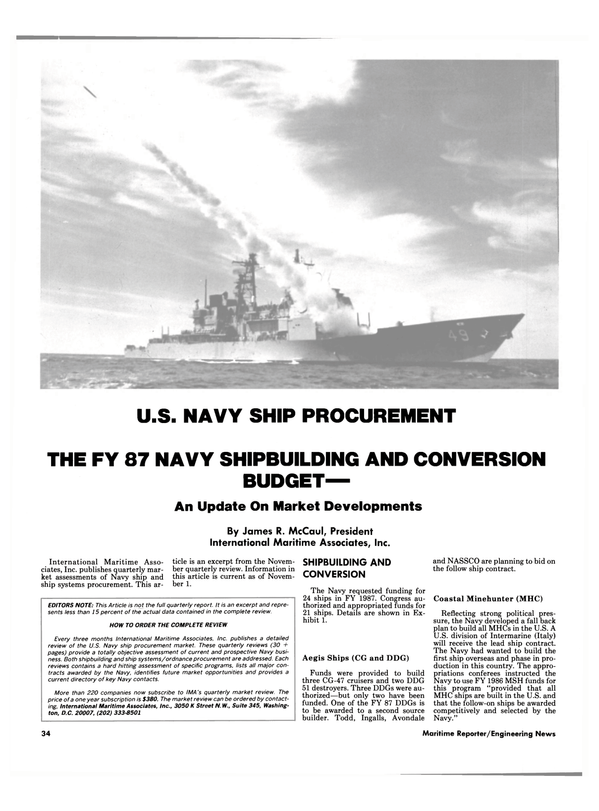