A new technical committee, the Offshore Committee, has been formed by The Society of Naval Architects and Marine Engineers.

Its purpose is to give wider emphasis to the offshore aspects of naval architecture and ocean engineering than heretofore, and permit greater participation by interested members of the Society in its research programs. Chairman of the new committee is Alan C. McClure, president of McClure Associates, a Houston design and engineering firm.

Committee members are being assembled from a broad spectrum of offshore applications, including construction, engineering design, offshore mining, and offshore well drilling. Also represented will be people from government, academia, equipment manufacturers, and classification societies.

At its inaugural meeting in September this year, the following areas of interest were identified for panel activity: stability and motion; mooring, station-keeping, and marine terminals; and loads structural design, and riser technology. Also, transportation and installation; mechanical, electrical, and industrial systems; submersibles and diving equipment; and subsea systems and pipelines. 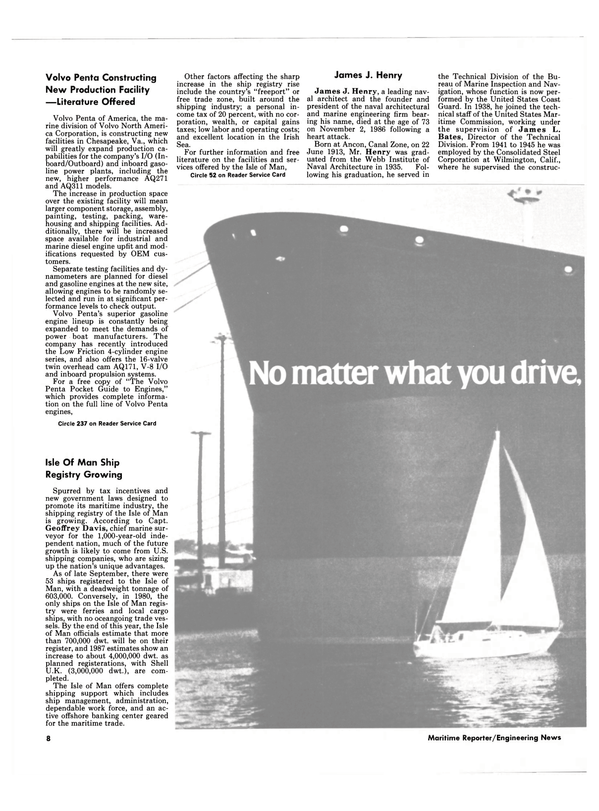