Keppel Shipyard of Singapore has been awarded a $S14 million contract (about $8.13 million) contract to convert the M/V Audax, a 32,452-dwt bulk carrier into a selfdischarging bulk carrier.

The conversion will involve replacement of existing cranes with advanced bulk-lift, self-discharging equipment. Major modifications will be made to the entire ballast system to allow for automatic operations from the engine control room.

The vessel, owned by Australian National Line Limited, is scheduled to arrive at Keppel in late 1990 and will be delivered to her owners approximately three months later.

Current conversion projects at Keppel include the Conkouati (formerly the Enterprise I), being converted from a storage tanker into a floating production storage offloading facility, and Sovietskaya Rossiya, a former whaling vessel being converted into the world's largest fish factory ship. 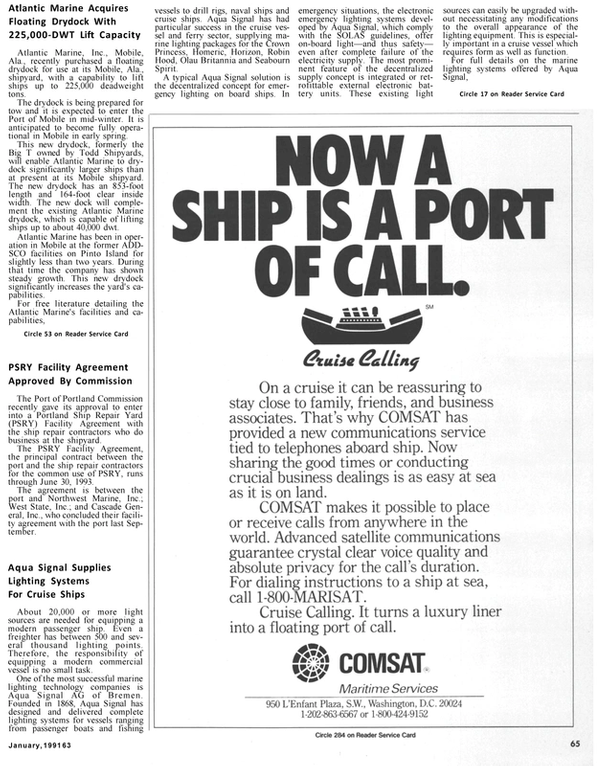