The 969-passenger newbuilding is the eighth passenger ship and, at the same time, the first in a series of three vessels for the Republic of Indonesia.

The 327-foot-long by 59-footwide Tatamailau is a repeat of the "Lawit" type, two units of which were already delivered to Indonesia in 1986. Upon completion of the series of three vessels early in 1992, the yard will have built a total of 16 ships for Indonesia (10 passenger ships, five cargo/passenger vessels and one gas tanker).

The Tatamailau is propelled by twin Krupp MaK 4-stroke diesel engines, type 6Mu 453C, each with an output of 1,600 kw (2,176 hp) at 600 rpm. The engines are capable of burning diesel oil. Maneuverability is enhanced by the installation of a bow thruster plant with controllable pitch propeller of 480 kw (653 hp) and a thrust of about 7.2 tons.

The air conditioning and other ventilation plants meet the requirements of the trade range.

For safety equipment aboard the vessel meets the highest requirements of SOLAS 1974.

For free literature detailing the facilities and capabilities of Meyer Werft, Circle 44 on Reader Service Card 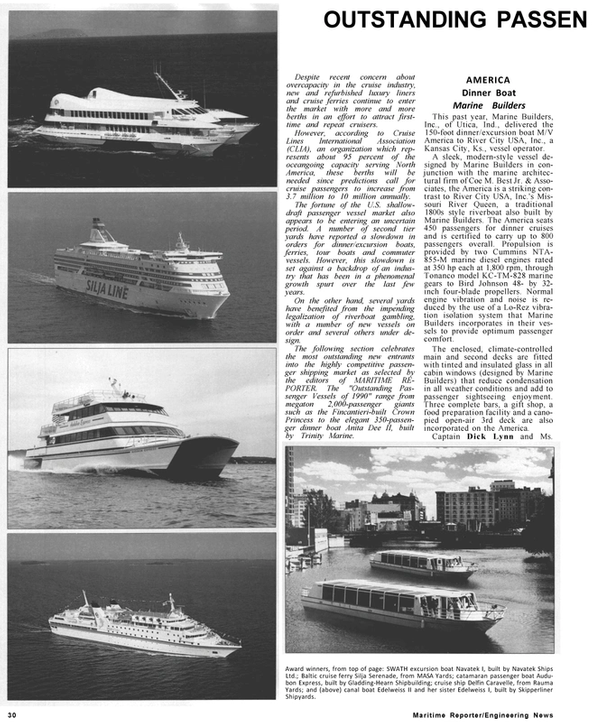