The RIB-S, Zodiac's USCG SOLAS- approved craft, will be the AGOR 23's rescue boat, and their H730 outboard has been approved as the ship's workboat.

The Navy will be outfitting their T-AGS 51 and 52, also being built at Trinity, with RIB-S USCG SOLASapproved models as rescue boats.

Zodiac's RIB model H530 will be put into service as the ship's workboat.

According to the company, the RIB models feature the speed, maneuverability and fuel economy of a fiberglass hull while providing the stability and holding capacity of Zodiac's world-famous inflatable boats.

For further information and free literature from Zodiac, Circle 35 on Reader Service Card 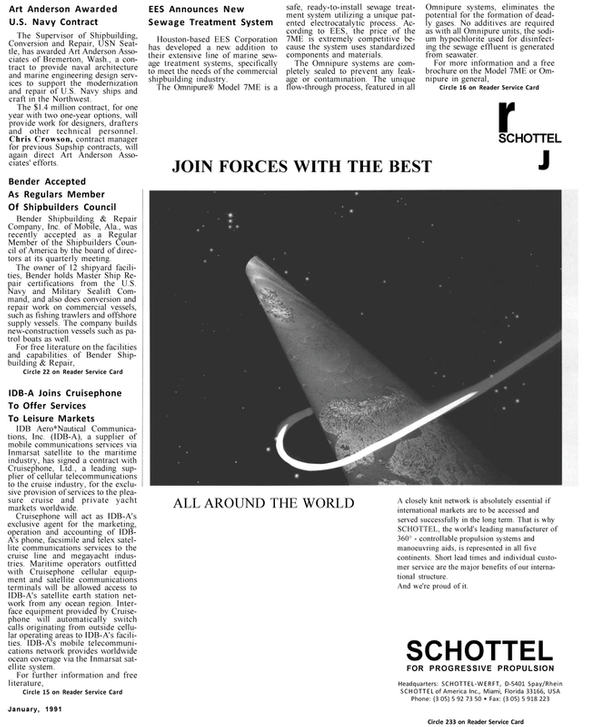