The contract, worth S$23 million (about $13.3 million) was awarded to Singmarine Dockyard in August 1989 by ANL Limited.

The Searoad Mersey, with a length of about 300 feet and a breadth of 60.6 feet, is fitted with a remote control ballast system and an automatic heeling control and stabilizing system. In addition, maneuverability and fuel economy of the vessel are enhanced by its two 4,400-bhp engines which run on heavy fuel oil, and two controllable pitch propellers.

The vessel has a service speed of 16 knots and can carry 120 trailers on its two vehicle decks. Accessibility for trucks and forklifts to each deck are through two stern ramp doors.

In clinching the S$52 million contract (about $30.2 million) recently for the world's largest well stimulation vessel for Western Petroleum Services International, Singmarine Dockyard is poised to develop a market niche in the building of such offshore vessels. 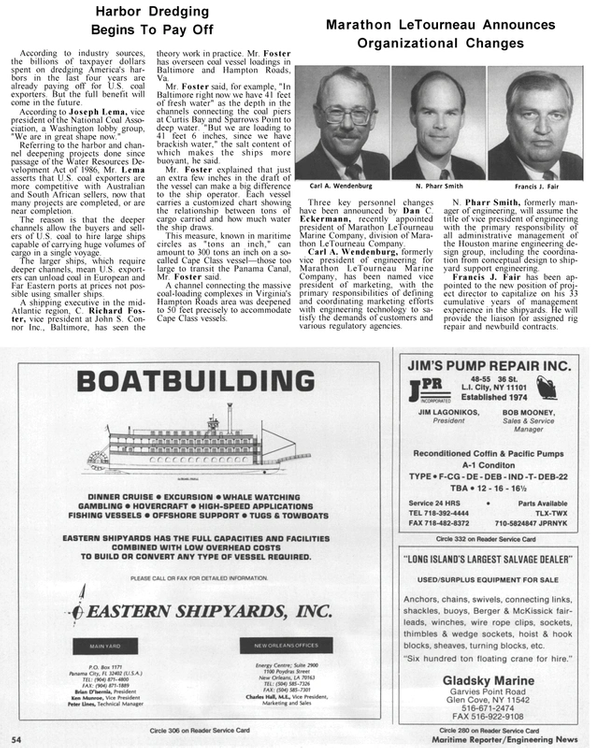