A fuel saving of some $7,000 a day has been achieved by the Cunard passenger liner Queen Elizabeth 2 after an underwater propeller polishing contract was completed by U.K. diving specialists UMC International Pic.

Monitoring on six voyages revealed fuel savings of some 12 percent or 48.5 tons per day, based on a steaming speed of between 27 and 29 knots.

UMC undertook the project on the liner's two five-bladed propellers while she was on a swift turnaround at her normal berth in Southampton.

UMC's underwater propeller polishing specification includes polishing each propeller twice, once with coarse grade abrasive and again with fine. The second polish is designed to produce a surface finish of 1 micron center line average, and it is this super-smooth finish that produces the spectacular increase in efficiency.

Cunard's recognition of the process has now extended to polishing replacement propellers underwater rather than in the conventional way.

For further information and free literature on UMC, Circle 23 on Reader Service Card 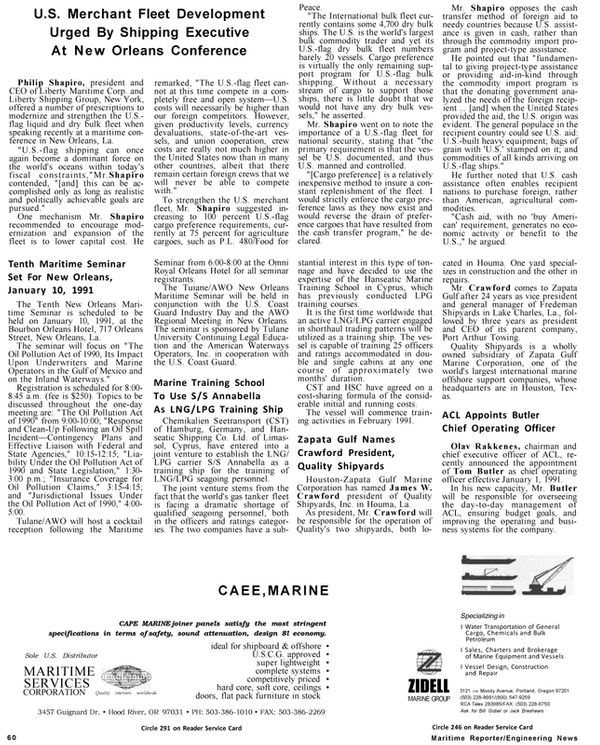