The first EM12 full ocean depth multibeam echo sounder from Simrad Subsea A/S, Horten, Norway, has gone into operation on the research vessel Ocean Surveyor, operated by Worldwide Ocean Surveying Ltd., England. The EM12 data has been collected for the scientific and commercial sectors and processed into working charts and terrain models.

Ten years later, Simrad introduced its second generation of multibeam echo sounders, increasing sector coverage to 90 degrees with 50-60 beams. Besides increasing coverage and number of beams, the new EM12 also has a new feature, seabed imaging. The seabed image created is comparable to a side scan image in detail, but is bathymetrically corrected both on screen and hardcopy recorder.

The first EM12 installed on the Ocean Surveyor went through intensive trials in the Bay of Biscay in September. According to Simrad, the trials showed that the unique phase detection principle used in the EM 12 provided the benefits of higher accuracy, better range capability, and less weather dependence as compared to other systems. 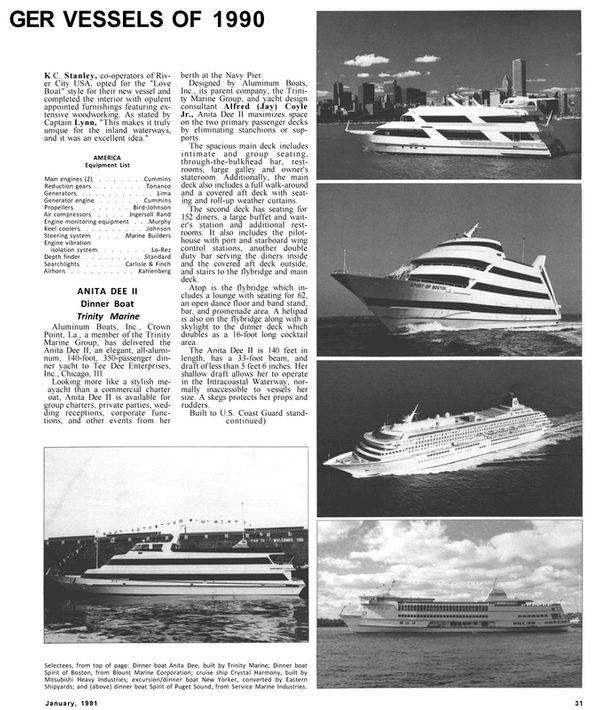