"Everything that passengers experience bears the stamp of the new Celebrity Cruises. All the luxury of classic cruising has been incorporated in the creation of the Meridian." Among the structural changes were an entirely new sun deck with three whirlpools; the Marine Cafe which accommodates 450 with its indoor and outdoor seating and barbeque; and a new 585-seat Celebrity Showroom. An entire deck of cabins was razed and rebuilt to create 47 new deluxe cabins with seating areas on the Atlantic Deck.

"The cabins were stripped to the bulkheads to accommodate completely new furnishings and decor in each and every cabin aboard the ship," said Albert C. Wallack, senior vice president, marketing and passenger services, Celebrity Cruises.

Outside passenger cabins on the Horizon Deck, one of eight passen- ger decks, provide great views through floor to ceiling picture windows.

Two cabins were specially adapted to accommodate passengers in wheelchairs.

Among the ship's new public rooms are the Rendez-Vous Lounge, the Interlude Lounge, Zodiac Club, a gym with juice bar, and a children's playroom with a splash pool located outside.

"The Meridian's major reconstruction signifies the investment we have made in passenger accommodations and amenities, reflecting the standards of the new Celebrity product," noted Mr. Haralambopoulos.

During the summer, the Meridian will operate from New York to Bermuda, while in all other seasons, she will depart from Port Everglades in Caribbean service. 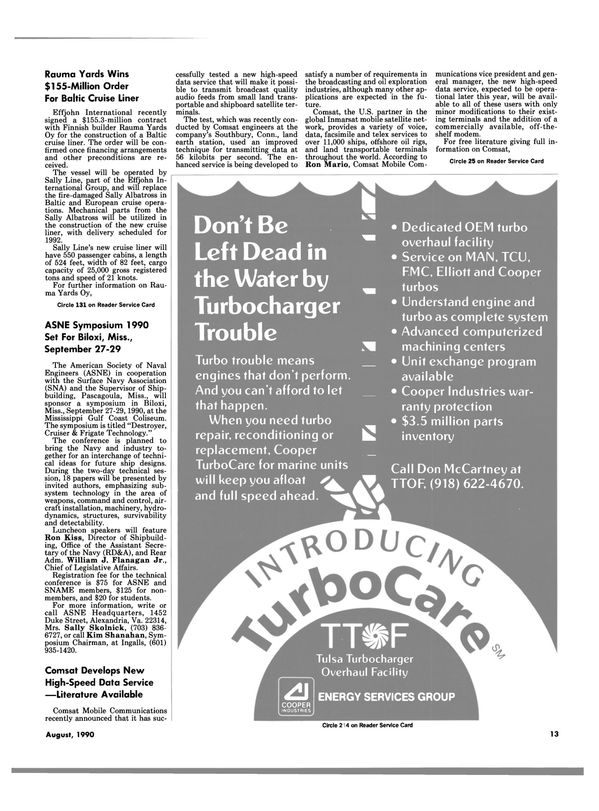