SSPA Systems, responsible for the development and marketing of the Roll-Nix Control System for roll reduction using rudder control, has now also taken over the marketing of the ETA-Pilot fuel saving system, an original product wholly developed and manufactured in Sweden and now available from SSPA representatives around the world.

The ETA-Pilot has been in operation since 1982. There are now over 65 of these systems in use around the globe.

By efficiently controlling the ship's speed, engine rpm, pitch setting and fuel consumption, the ETA-Pilot—a microprocessorbased control and monitoring system— is capable of maintaining a given speed or consumption throughout the voyage. Savings of 5-15 percent on normal consumption have been recorded under real operating conditions. The ETAPilot is not only a conventional measuring and displaying system, it is also a real-time microcomputerbased measuring and control system that continuously monitors and controls the engine speed and pitch setting in order to minimize fuel consumption.

ETA-Pilot features include: maintenance of a preset speed related to distance and time of arrival; automatic regulation of propeller pitch and engine speed for minimum fuel consumption at all speeds and under widely varying operating conditions; presetting of a maximum fuel consumption, i.e., a spe- cific quantity per nautical mile; voyage preplanning system using preset speed and control programs; a proven track record—documented reductions in fuel consumption under real operating conditions; the ETA-Pilot can be fitted to all types of ships, not only to ships with CPpropellers; and a special package for statistical analysis of several performance variables is available as an optional function. 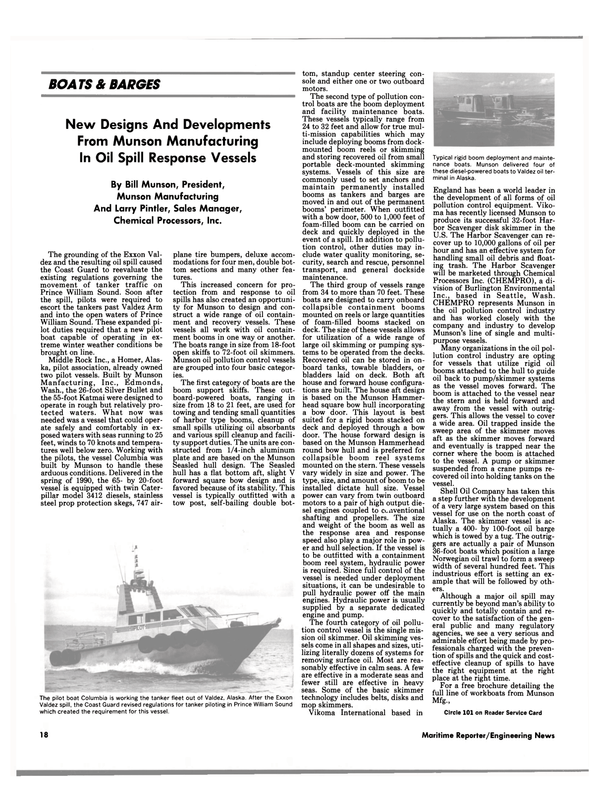