The Ootsa Ranger, a new design boat for Argo Marine, a busy builder of aluminum workboats and fishboats, is powered by Cummins 6BTA5.9-M diesels rated at 250 hp at 2,600 rpm. The six-cylinder, inline engines are coupled with Borg Warner marine transmissions and 10-inch Hamilton 271 pumps.

"The boat was designed to have a top speed loaded in the 30- to 32- knot range," he said. "It's a fast boat." The Ootsa Ranger will operate on the 100-mile-long Nechako Reservoir in British Columbia. She will be used to ferry about 10 loggers to and from harvesting sites, which range as far as 60 miles from the boat's base of operations.

In a novel operation that has been underway for about 10 years, Alcanemployed loggers harvest underwater standing timber whose tops protrude above the reservoir's surface.

Four circular saws—each five feet in diameter and assembled into one huge cutting unit 24 feet in width— descend from a barge to cut off the timber 30 feet below the water's surface.

Also involved in the operation is a six-foot-diameter saw attached to the extended boom of a large excavator with a running gear removed and the turntable mounted to a barge. 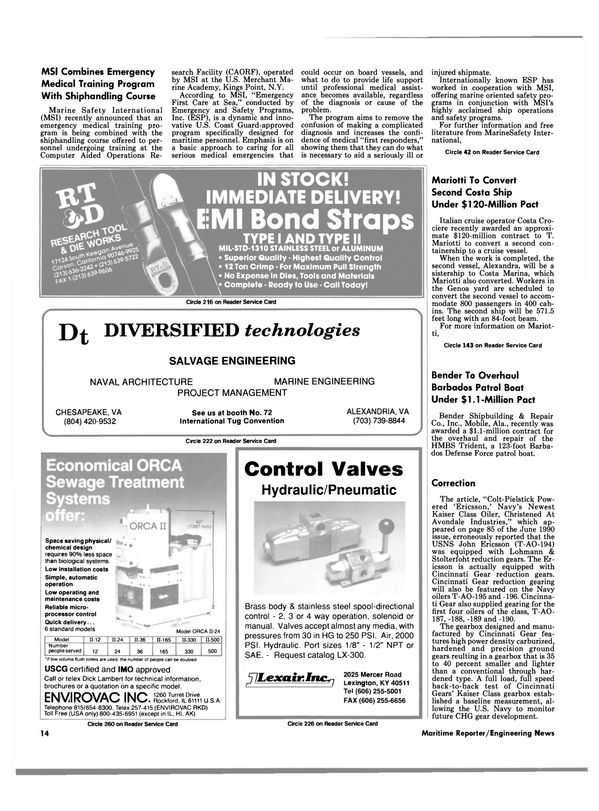