Directions In Design, Inc., Chesterfield, Mo., recently won the interior design contract for the Dubuque Casino Belle, a new 2,000- passenger casino riverboat that will operate on the Mississippi River out of Dubuque, Iowa.

Patti Shipyard, Pensacola, Fla., is building the riverboat, which will be 385-feet long with a 58-foot beam, and an 11-foot draft.

Jeanine Bequette, vice president of Directions In Design and head of the company's ship design division, said the interior of the four-deck sidewheeler will be finished in a turn-of-the-century Victorian era motif.

The space plan developed by the designer calls for two separate gaming casinos on the main deck. The second deck will include two formal dining areas with combined seating for approximately 1,000 people. The multipurpose third deck will feature a 6,000-square-foot theatre for live performances, a children's video arcade, and a gift shop. The open fourth deck will be an outdoor observation area.

For more information on Directions in Design, Circle 138 on Reader Service Card 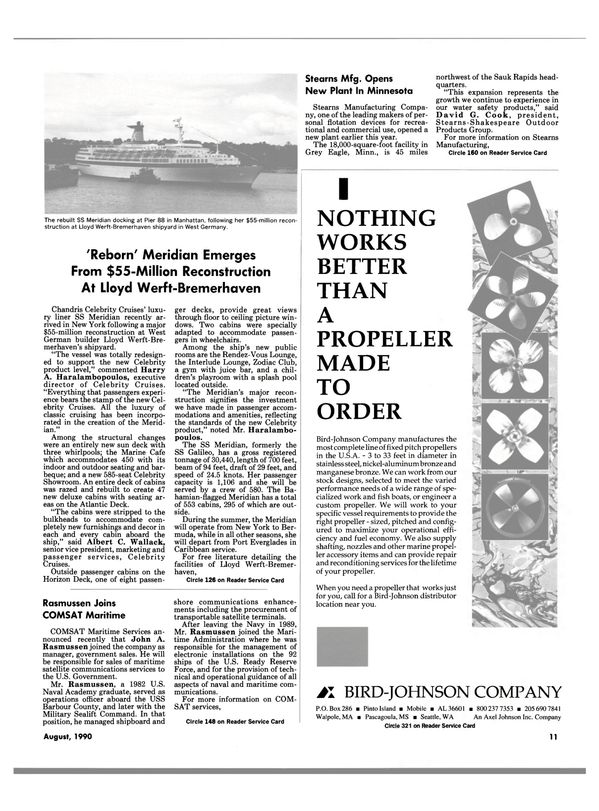