During loading or ballasting of tank ships or tank barges, the liquid entering the tank displaces vapors within the tank. In many operations today, without vapor control, the vapors are released into the atmo- sphere. Vapors from certain cargoes contain volatile organic compounds that lead to the formation of ozone, a major air pollutant.

In a typical vapor control system, vapors emitted from a tank vessel being loaded or ballasted are collected and piped ashore. There they are destroyed through a process such as incineration, recovered through a process such as refrigeration/ condensation, returned to the shore tank being emptied, or piped to a remote location and dispersed into the atmosphere if not prohibited by a state air quality implementation plan.

Vapor control systems will become more common in the future as states attempt to meet the national ambient air quality standard for ozone set by the Environmental Protection Agency under the Clean Air Act. Vapor emission control is also being considered as a means of reducing occupational exposure to toxic chemicals such as benzene.

The regulations do not require the installation or use of vapor control systems, but will ensure that state vapor control requirements follow uniform safety standards. 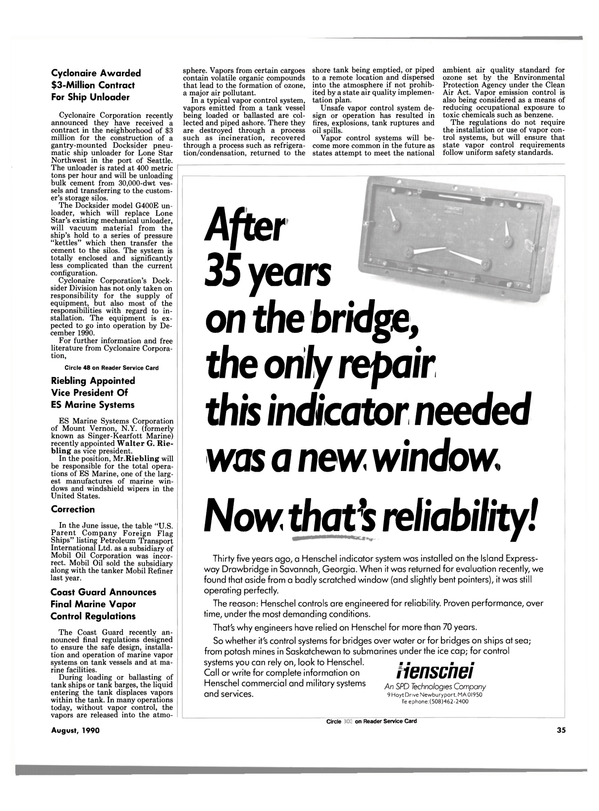