The Who's Who In NWC

The National Waterways Conference's officers are generally considered among the leadership of the inland waterways industry.

(Johnnie) Laman, manager of marine and international operations for Dow Chemical USA, a major waterway shipper. He has worked with Dow since 1957 and headed the company's marine transportation unit since 1980.

Harry N. Cook, NWC's president since 1978, heads the organization's Washington headquarters staff. A former newsman, he was a Congressional aide and Alabama governor's press secretary before joining the NWC in 1964.

Richard Christensen, is vice president-marine/surface transportation and facilities for Ashland Petroleum Co., which operates both towboats and tank barges.

Vice presidents are Wallace A. 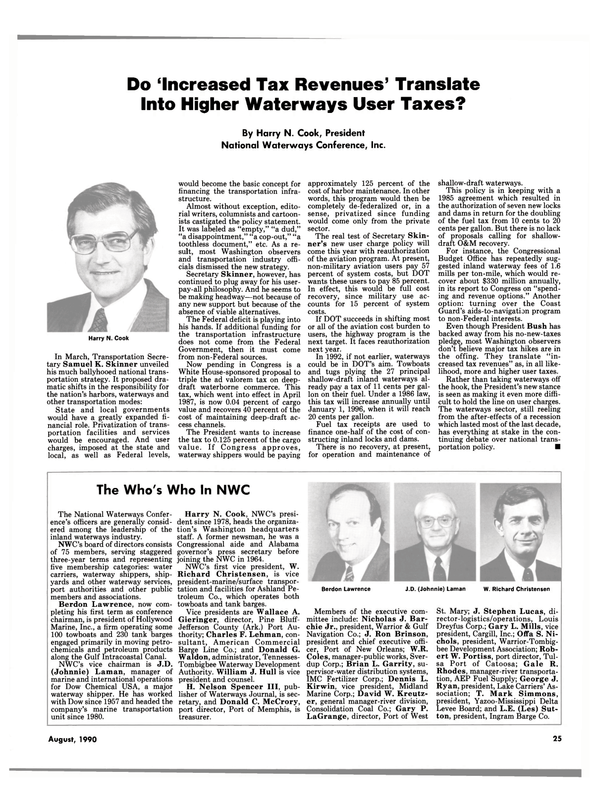 Read The Who's Who In NWC in Pdf, Flash or Html5 edition of August 1990 Maritime Reporter