Following the terrorist attack in Aden, Yemen, Cole was transported to Northrop Grumman Ship Systems on the heavy lift ship Blue Marlin, and arrived in Pascagoula Dec. 13, 2000, after a six-week journey.

The repair and restoration process began shortly thereafter, and included returning the ship to her construction area for structural and system restoration, combat system upgrades, replenishment of ship storerooms and supplies, crew training and post-delivery testing.

The ship was originally built in Pascagoula by the company's Ingalls Operations, and was delivered to the Navy in 1996.

The company has delivered a total of 16 Aegis guided missile destroyers to the Navy, with nine more ships under contract. 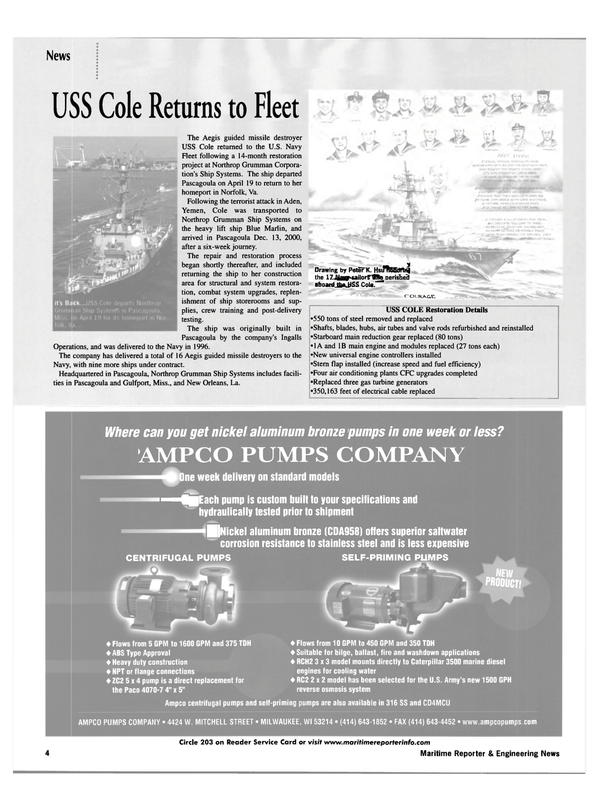 Read USS Cole Returns to Fleet in Pdf, Flash or Html5 edition of May 2002 Maritime Reporter