Following the decision to enter into bankruptcy this past October, American Classic Voyages has agreed to sell two of steamboats — Delta Queen and Mississippi to Chicago-based investment firm Waveland Investments LLC for $3.75 million. The company, which is privately-held, plans to take over the boats, effective next month.

Mississippi Queen, which ceased operations in October, will resume its itinerary on May 7, while Delta Queen, which halted its schedule in January will begin sailing again on August 26.

While the sale of the vessels was confirmed this past weekend, there is still a possibility that the vessels could be passed off to another buyer when they are auctioned off in Chicago on May 3. 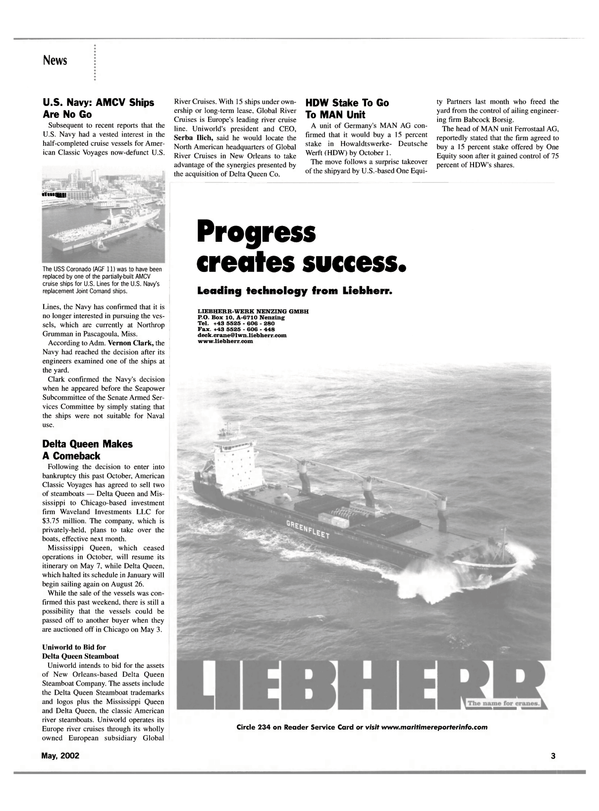 Read Delta Queen Makes A Comeback in Pdf, Flash or Html5 edition of May 2002 Maritime Reporter