Last month the company invited tenders for the three 1 1,750-gt, Bulgarianflag vessels in a new move to upgrade its fleet as it prepares for a possible privatization decision from the Bulgarian government.

In a related development, Navibulgar announced its intention to invest in enhancing its fleet of over 50 bulk carriers, which are engaged in worldwide trading on the international charter market.

Navibulgar owns and operates a diverse fleet of almost 100 ships, including containerships, chemical tankers and specialized rail ferries in addition to bulk carriers.

The containerships trade between North Europe and the Mediterranean/Black Sea under the Buicon brand, one of the market leaders.

They were upgraded in the mid-1990s and are performing satisfactorily, according to Capt. Gueno Guenov, Director General of Navibulgar. 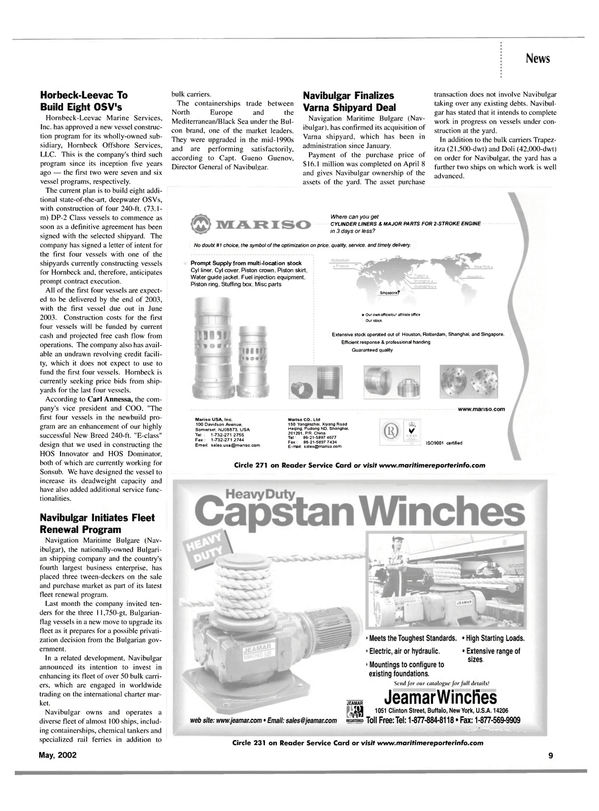