Construction of LHD 8 is expected to begin in May 2003 at Ingalls Operations, which is part of Northrop Grumman's Ship Systems sector.

Ingalls has delivered seven LHDs into the fleet, the most recent being USS Two Jima (LHD 7), which was commissioned in June 2001.

The most significant enhancement for LHD 8 will be the introduction of gas turbine propulsion, replacing classical steam propulsion in previous ships of the class.

The challenge for the propulsion system design team has been the upgrading of specifications to include two 35,000- hp turbines, which will be the largest ever in U.S. military marine applications.

Other major enhancements include a controllable pitch propeller, allowing the ship to change speeds through the adjustment of propeller blade pitch.

Also, a reverse osmosis system will be installed for the ship's water supply. The ship will have six diesel-electric generators and will use a new zonal system to distribute electrical power. 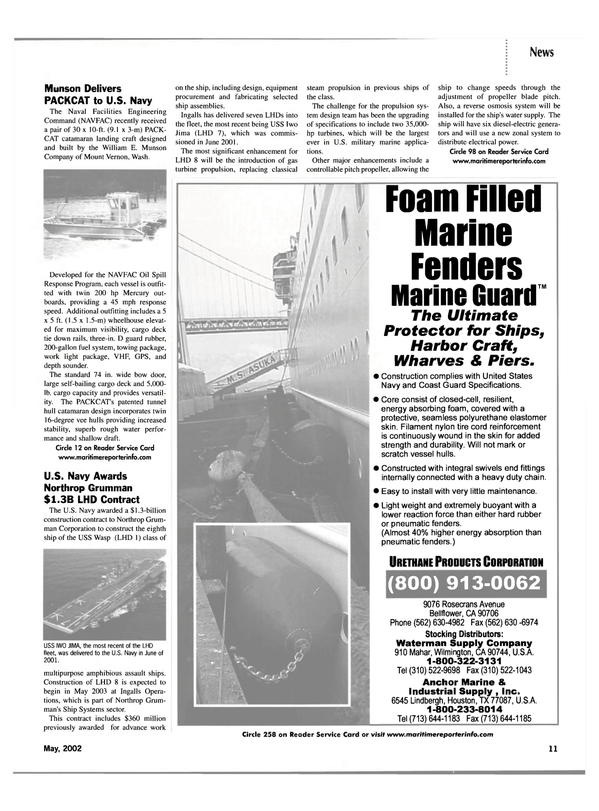