Jim Barrett has been named domestic sales manager and will have principal responsibility for marketing the services of Gulf Fleet's growing number of tugs, offshore deck barges, towboats, and supply vessels. He has eight years' experience in the marine transportation industry, and will be located in the operations office in Harvey, La.

Scott Burke has been named materials manager, and will be responsible for all purchasing and materials control for the company on a worldwide basis.

William T. (Tom) Smith has been named assistant personnel director. He has seven years of personnel experience in the offshore marine c o n s t r u c t i o n and transportation industries including service in both the United Kingdom and Gulf Coast. 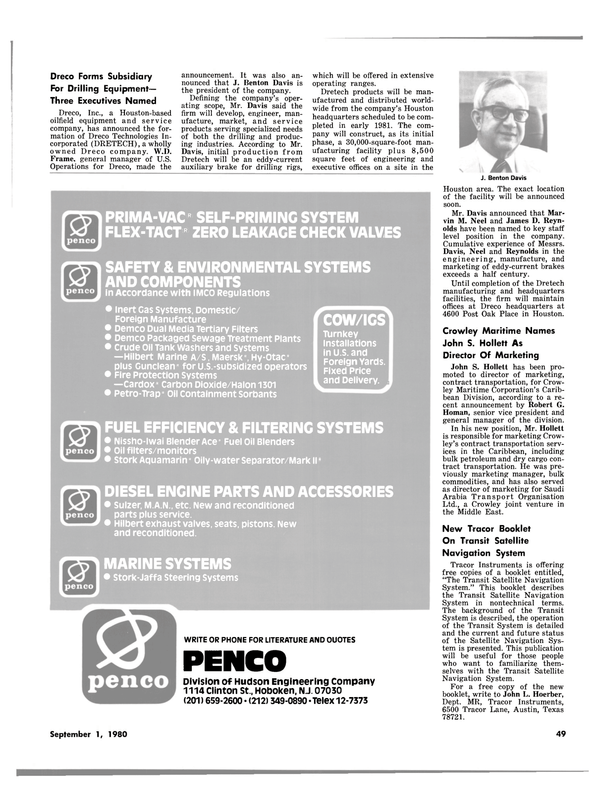