John J. O'Malley, the founder and publisher of MARITIME REPORTER and Engineering News magazine, died recently at his home in Bellerose, Long Island, N.Y., after a short illness.

Born in Brooklyn, N.Y., he attended St. John's University and was active in marine publishing for most of his business career.

Mr. O'Malley was associated with Marine Age magazine and Marine News magazine. He was a co-founder of the Marine Buyers Guide. He founded the forerunner of MARITIME REPORTER and Engineering News, Maritime Activity Reports, Inc., in the fall of 1939. The magazine grew steadily and prospered under Mr.

O'Malley's direction during more than 40 years of continuous publication. 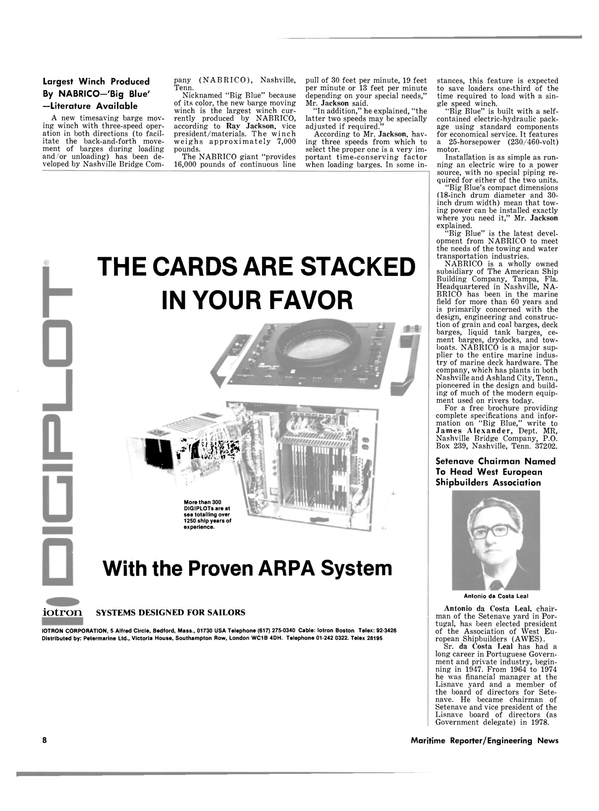