The new insulation, named Tuff Skin™, was developed and tested in a cooperative program between the shipyard and the Claremont Company of Meriden, Conn.

The Navy has authorized the use of Tuff Skin on the frigates being built at the shipyard, according to George Bliss, supervisor of value engineering at Bath Iron Works, and adopted it as the Navy's standard for all new ships.

Mr. Bliss said use of the insulation in the frigates is saving approximately $100,000 per ship.

It is applied in machinery spaces.

"Navy authorization was the culmination of an accelerated development and test program which required extensive fire and acoustic tests of many different materials," Mr. Bliss said. 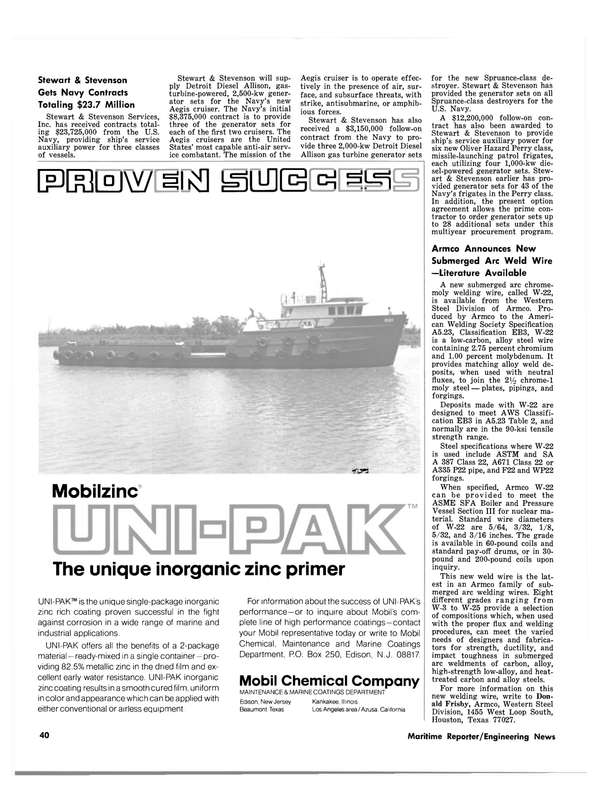