Now working out of Cameron, La., for Getty Oil Company, the 180-foot by 40-foot vessel carries 6,000 cubic feet of dry bulk mud in six tanks, and 52,000 gallons of liquid mud in four tanks. The vessel also has the capacity for 125,000 gallons of drill water, 13,000 gallons of potable rig water, and 350 tons of deck cargo, including helicopter fuel.

Moorean Command is powered by two fuel-efficient GM Electro- Motive Diesel 8-645E6 engines with a combined rating of 2,000 continuous bhp at 900 rpm. Her economical operating service is demonstrated by a low fuel consumption rate of less than 90 gallons per hour, according to the operators. The stainless-steel, 80- inch-diameter wheels turn on forged steel shafts through Falk gears of 3:1 ratio.

The vessel was built by Halter's Moss Point, Miss, division, one of 10 shipyards owned and operated by the company in the Southeastern United States. Halter Marine is the world's largest builder of supply boats for the offshore 011 and gas industry. 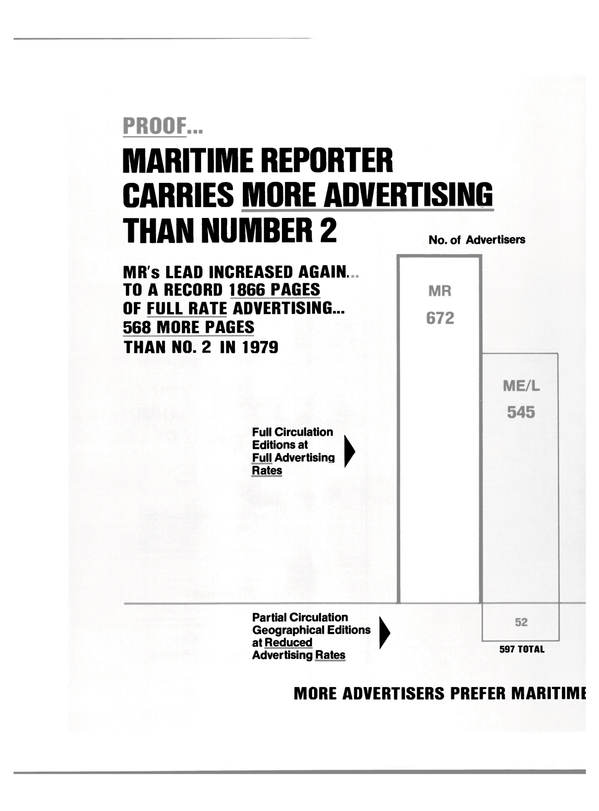