Edward Renshaw, president of St. Louis Ship, was honored recently by the American Waterways Shipyard Conference (AWSC), an organization founded in 1976 largely through his efforts.

Under Mr. Renshaw's stewardship, the AWSC has grown into a representative national body, which today includes 64 member companies.

Mr. Donnelly traced the history of the Conference and, in particular, Mr. Renshaw's leadership and dedication in organizing it.

The AWSC is part of the AWO, a trade association of the inland and coastal domestic water transportation industry. The Conference represents the interests of small- and medium-sized shipyards located on the East, West, and Gulf Coasts, the inland rivers, and the Great Lakes. These companies build and repair vessels for the barge and towing industry, offshore oil and mining industries, and the fishing industry.

Renshaw with a watercolor painting by James Godwin Scott titled "St. Louis Ship, Winter." The p a i n t i n g c a r r i e s a plaque inscribed," Edward Renshaw, Founding Chairman, American Waterways Shipyard Conference, With Deep Appreciation, 1980." Since 1976 when the Conference was founded, many events, proposed regulations, and bills could have developed into major problems for the nation's smaller shipyards. Under Ed Renshaw's l e a d e r s h i p , however, many of these potential p r o b l e m s have been quelled through the active work of the Conference committees and membership. In addition, the organization is seeking solutions to long-standing problems that existed before the AWSC was formed.

Steps also have been taken to improve conditions within the industry.

For example, the AWSC has just received a planning grant under the Occupational Safety and Health Act "New Directions" program to establish the organization as a center of competency for shipyard safety and to provide safety programs for the industry.

Mr. Renshaw stepped down from the chairmanship of the Conference this past June after helping to insure its status as a viable national organization. The new chairman is Jack 0. Pirozzolo, RYSCO Shipyard, Inc., Rockport, Texas. 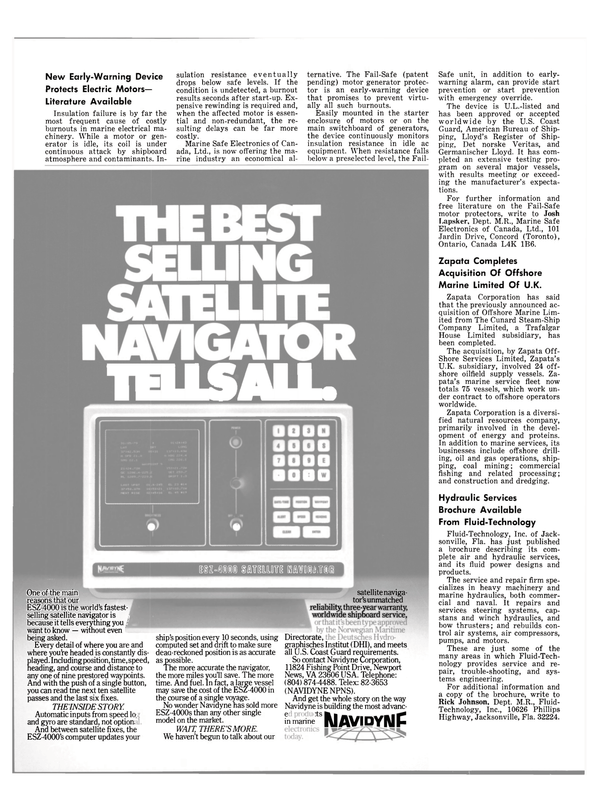