John W. Gilbert Associates, Inc. of Boston has received a contract from Sun Transport, Inc. of Claymont, Del., to design an advanced tug/barge unit for carriage of specialty petroleum products between U.S. East and Gulf Coast ports. The 4,600-bhp tug and 95,000-barrel barge will incorporate safety and design features not commonly found in units of similar concept.

The tug will have a length of 119 feet 7]/s inches overall, a beam of 36 feet, and a depth of 20 feet 6 inches. The vessel's propulsion power will come from a pair of GM Electro-Motive Division 12-645-E7B engines, each driving a 9-foot 6-inch Kaplan propeller turning in a Kort nozzle. For maneuvering, the vessel will have two steering and four flanking rudders, all operated by rotary steering gears.

Safety features of the tug include noncombustible joiner work, emergency powergeneration capability, full foam fire-fighting system, full towing outfit including a towing winch, and full Notation ACCU engine room control and monitoring. In addition, the tug meets or exceeds all worldwide criteria for stability, having been designed with particular regard for freeboard and location of down-flooding point in all conditions.

The barge will measure 414 feet in length, 75 feet in beam, and have a depth of 33 feet 6 inches. The hull shape was designed under subcontract by Corning Townsend III, marine consultant of Georgetown, Conn. Notable features of the barge include the use of corrugated bulkheads to aid in tank cleaning, an onboard, fixed tank-cleaning system, as well as full fire-fighting capability for use when the tug is not nearby. The barge is also full-coiled and coated, and will carry xylenes, lubes, and ethylene glycol.

The most unique feature of the tug/barge combination will be use of the "Articouple" linkage system to join the two vessels in all sea states. Based on studies done before the design was undertaken, the combination will be able to operate in a 100-percent push mode in all weather projected to be encountered along her trade routes. The tug, however, is multipurpose, expected to be used moving other barges in the Sun fleet, as well as handling tankers at Sun's Marcus Hook, Pa. and Corpus Christi, Texas, terminals.

Both vessels will be U.S. Coast Guard inspected and American Bureau of Shipping classed.

Bids for construction are expected to be solicited when the design is completed, about mid-November this year.

Robert P. Hill is the designer for this project. 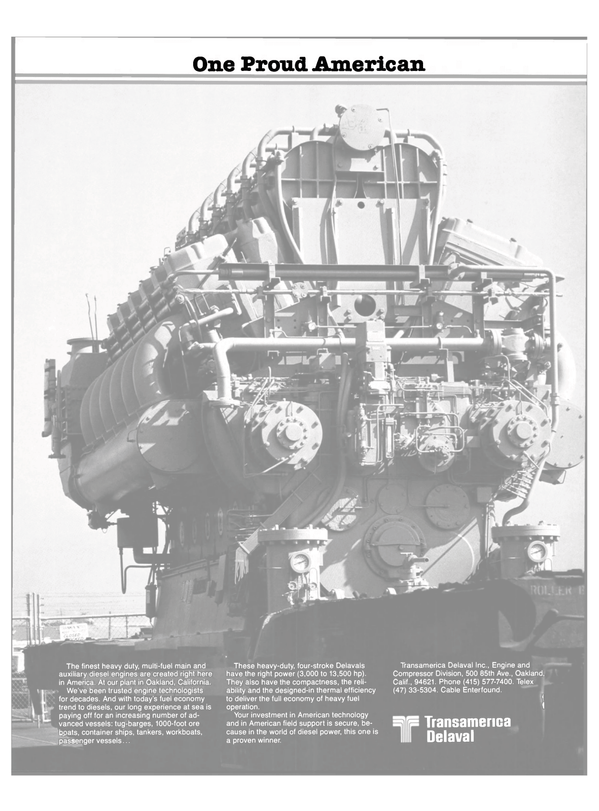