Crowley Maritime Corporation recently accepted delivery of the s a l v a g e vessel Arctic Salvor, which provides more line pull than any other salvage vessel in the world, according to Roy D. Jurgensen, Seattle, senior vice president and general manager of Crowley's Northwest and Alaska Division.

The 213- by 54-foot vessel, which was refitted for salvage work by Marine Industries Northwest, Inc. of Tacoma, is equipped with four Skagit DTW-150 double- drum winches, each with a line pull of 350,000 pounds. Each drum spools 3,950 feet of 2-inch wire.

The Arctic Salvor is powered by two Caterpillar D-399 diesel engines and is equipped with a bow thruster. Features of the vessel include an ice-strengthened hull for Arctic operations, a lighted helicopter deck, special ballasting capabilities, quarters for an 18-man salvage crew and an eightman operating crew, a machine shop, storerooms, welding machines, pumps, and diving equipment.

The vessel is currently en route to Prudoe Bay, Alaska, with Crowley's 1980 sealift flotilla. Upon its return in the fall it will be based in Seattle and manned for immediate assignment to salvage projects. 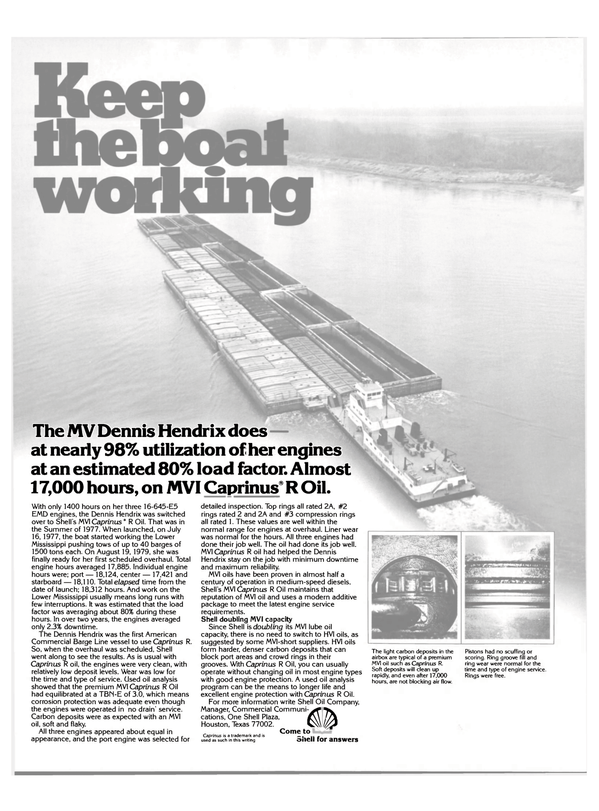