Stewart & Stevenson will supply Detroit Diesel Allison, gasturbine- powered, 2,500-kw generator sets for the Navy's new Aegis cruiser. The Navy's initial $8,375,000 contract is to provide three of the generator sets for each of the first two cruisers. The Aegis cruisers are the United States' most capable anti-air service combatant. The mission of the Aegis cruiser is to operate effectively in the presence of air, surface, and subsurface threats, with strike, antisubmarine, or amphibious forces.

Stewart & Stevenson has provided the generator sets on all Spruance-class destroyers for the U.S. Navy.

In addition, the present option agreement allows the prime contractor to order generator sets up to 28 additional sets under this multiyear procurement program. 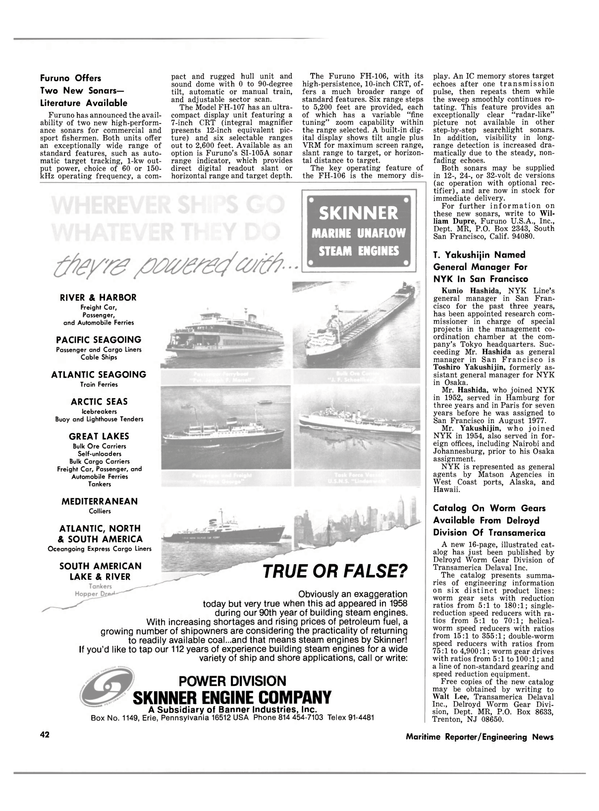