Waterway C o m m u n i c a t i o ns System, Inc. (WATERCOM), Arlington, Va., has filed an application with the Federal Communications Commission requesting authority to construct and operate an automated communications system serving the Mississippi, Illinois, and Ohio Rivers and the Gulf Intracoastal Waterway.

The submission of this application follows the adoption of rules by the FCC on January 29 of 1981, allocating the 216-220 MHz band for use by automated maritime c o m m u n i c a t i o n s systems serving the inland waterways.

The application filed with the FCC proposes operation throughout the GIWW, Mississippi — including the Morgan City route and the Atchafalaya River, Illinois, and Ohio Rivers, with the exception of small regions at the northernmost portions of the Mississippi and Ohio Rivers.

In order to move forward as quickly as possible with licensing and construction of the WATERCOM System, those two segments of the rivers are not covered by this application due to the need to complete further engineering to comply with the technical restrictions imposed on the use of the 216-220 MHz frequency band by the FCC. These segments will be covered by an application to be filed in the near future.

Control and management of WATERCOM was transferred from the 16 members of the barge and towing industry who founded WATERCOM in 1974 to American Commercial Lines, Inc., the parent of American Commercial Barge Lines, in mid-June. ACL has undertaken responsibility for the construction and operation of the automated communications system, a project estimated to cost $12 million. "We are very excited about this project and the potential it has for allowing the industry to realize optimum use of management information and control systems in order to remain competitive during this era of high inflation and new costs," stated Mr. Hard. 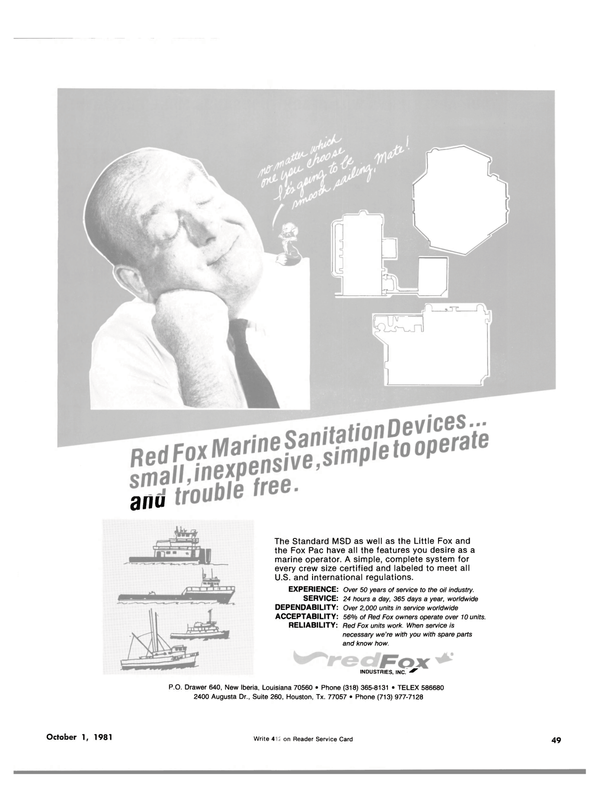