Houlder Drilling Co. has placed a $37-million order for the construction of a self-elevating offshore drilling unit with UIE Shipyard, Clydebank, Scotland.

The rig will be used in the development of the Morecambe Bay gas field off the Lancashire coast, England. The yard is currently building a similar unit for British Gas Corp. for the same site.

The two jackups will be equipped with a slant drilling package to bring the site on-stream in 1984.

The first jackup will be delivered by next summer, and the other by the end of 1982. 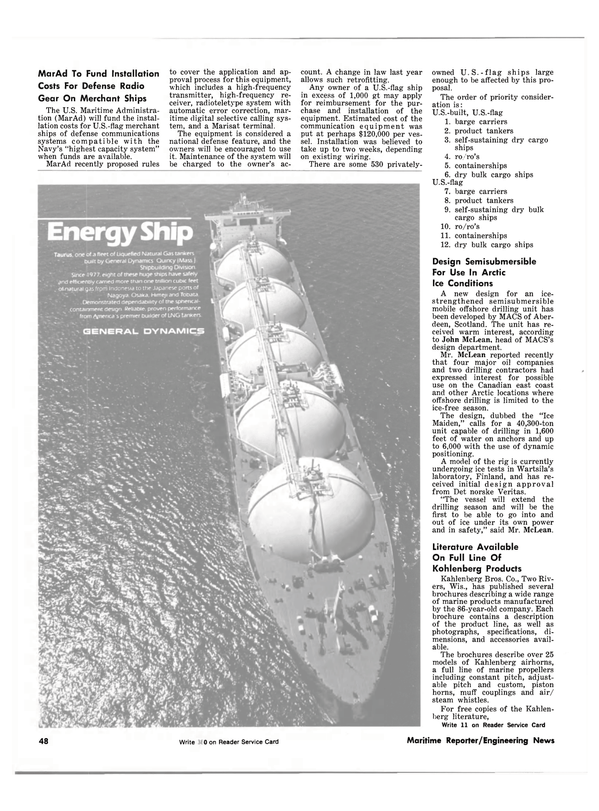