According to Michael Bell, senior vice president, the bulk carriers are being built, two each, at Hyundai Shipbuilding Company, Ulsan, Korea, and at Cockerill Yards Hobokeri N.V., Belgium, at a cost of $180 million (Canadian).

The ships will have a box configuration of the hull to maximize carrying capacity with a shallow draft of about 50 feet, fully loaded. The four ships will be powered by B&W slow-speed diesel engines.

Delivery from the Korean yard is expected at the end of 1981 and March of 1982. April of 1982 and the first quarter of 1983 are the anticipated delivery times for the Belgian yards. 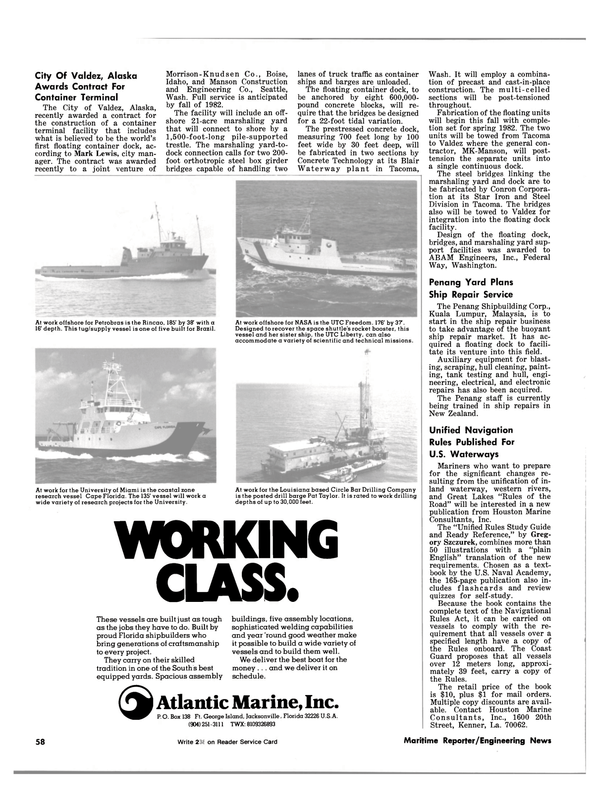