Norshipco, Norfolk, Va., has demonstrated that a 35-year-old cargo vessel, out of service for more than a decade, can be taken from mothballs and reactivated in less than six days.

In a recent national defense readiness exercise, Norshipco — Norfolk Shipbuilding & Drydock Corporation — was unexpectedly told to remove the cargo ship Catawba Victory from the James River, Va., reserve fleet, unseal, it, light off the boilers, and put to sea.

A time limit of 10 days had been set, with the U.S. Department of Defense making clear that six days was a more desirable target. Norshipco accomplished the reactivation in five days and 14 hours of a ship that had been in mothballs for 11 years.

Erik Gren, a port engineer for Apex Marine Corp., New Yorkbased general agent for the ship, estimated that the reactivation cost $1.3 million, including supplies and hiring of temporary crew.

The exercise began with a call from the Defense Department to the Maritime Administration which notified agents for the three vessels being reactivated.

The drill was so unexpected that Mr. Gren was caught in the Los Angeles airport about to board a plane for New York. He changed planes and went to Norfolk.

While Mr. Gren was enroute, Apex Marine notified Norshipco that it had been selected for the exercise. The shipyard dispatched an eight-man crew to the Catawba Victory to prepare it for towing back to the yard.

Norshipco management ordered an around-the-clock work schedule. As many as 300 workers were on the ship at any given time. In addition, there were observers from MarAd, the Navy, the Coast Guard, the American Bureau of Shipping, and the Military Sealift Command.

"This was the way it would be in real life," said A1 Crain, Norshipco's assistant plant superintendent, noting that such speedy ship reactivations might be necessary in case of war.

Then divers removed plugs from sea openings in the hull and cleaned the hull and propeller. A thorough inspection of all machinery came next. The boilers were put into working order.

Problems with the boiler safety valves caused a loss of 20 hours.

Mr. Gren had to stock the Catawba Victory from scratch.

He also had to hire a crew of 42 from maritime union halls in Norfolk and from as far away as Texas and Mississippi.

After the electronic systems and radar were tested, there was a dockside trial for four hours, followed by a successful 24-hour sea trial.

The Military Sealift Command was then notified that the Catawba Victory was ready to accept cargo and sail. Norshipco officials said the time to complete the reactivation broke all previous records for work on similar vessels. 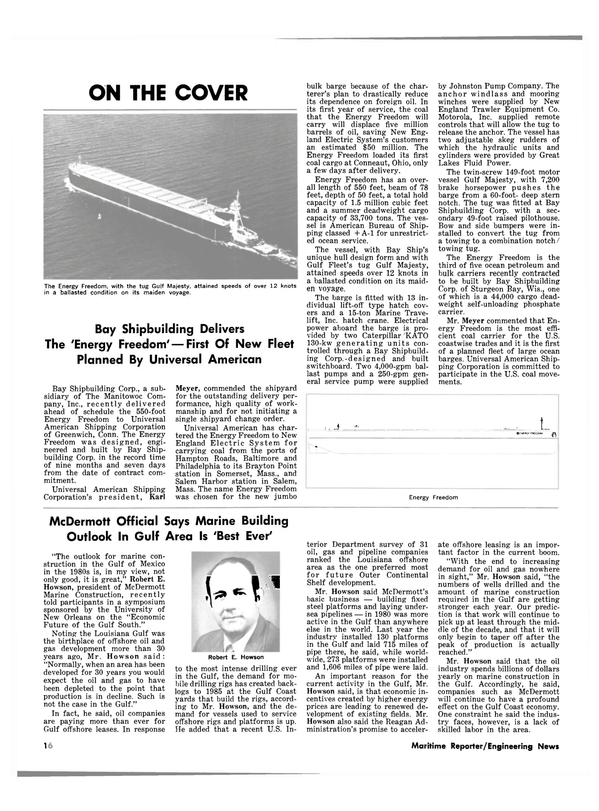