The work is similar to but more extensive than that done earlier on the Queen of Vancouver and the Queen of Victoria by Burrard Yarrows.

Don Challinor, general manager of the company's Victoria Division shipyard at Esquimalt, said that under the new contract, the superstructures of the two ferries will be cut horizontally from bow to stern, and the whole 1,600-ton superstructure lifted 10 feet by a hydraulic jacking operation.

This will provide the clearance for the construction of a new upper cardeck and retractable platform decks which will increase the vehicle carrying capacity of the ferries from the present 200 to 400.

New engines and propulsion equipment will be installed and extensive refurbishing will be done in the passenger areas.

Roth ferries will be back in service next spring. 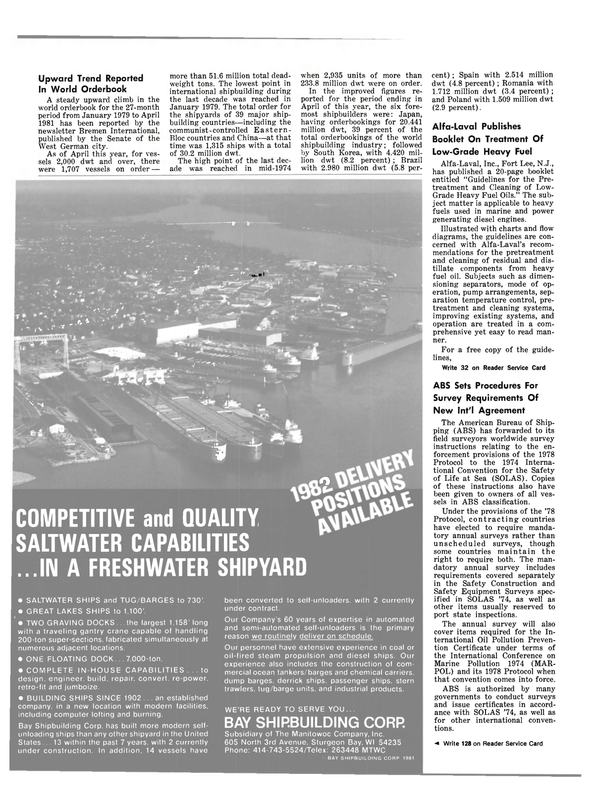