The Oxy Grower is the third and final chemical tanker of the integrated catamaran tug-barge design built at this shipyard.

and Mrs. Bobby Tierce, served as flower girl. The position of flower girl is traditionally given to the daughter of an Avondale employee.

Miss Tierce's father is a shipfitter in the Westwego Yard.

The Oxy Grower, designed to carry superphosphoric acid (SPA) and other liquid chemicals in five stainless steel tanks, and petroleum products in 10 wing tanks, embarked on her maiden voyage about the middle of September.

The vessel will join her sister ships Oxy Trader and Oxy Producer in shipment of SPA to the Soviet Union.

Avondale Shipyards, Inc. is a subsidiary of Ogden Corporation, which operates in the major market areas of metals, transportation, and food. 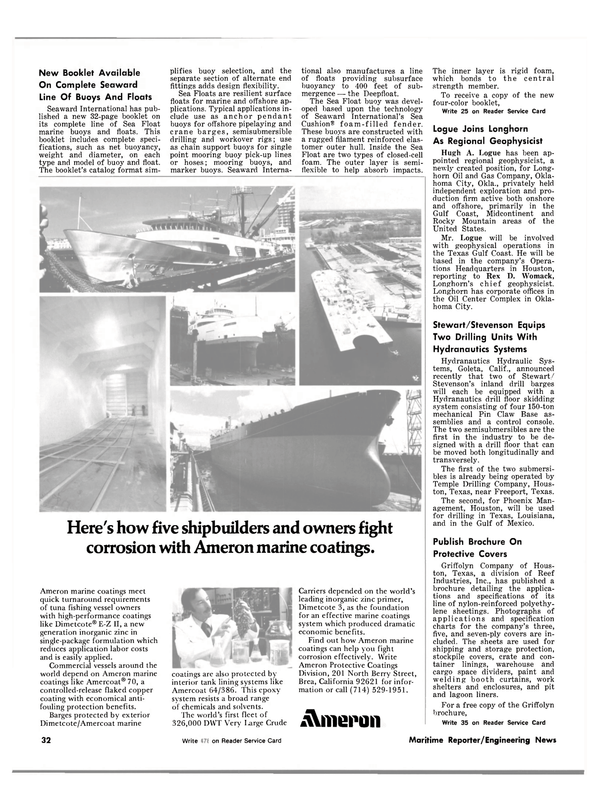